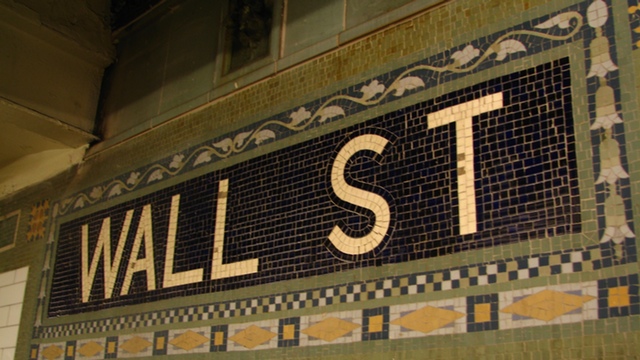 Apple releases its financial results, which show growth pretty much across the board despite a short quarter and availability issues. It banks another $16 billion or so to bring its cash hoard to close to $140 billion. And it reveals that it’s made a colossal $50 billion profit for the year.

The response? A stock price that drops massively in after hours trading.

For the average Apple fan, the most likely response is to wonder what exactly Wall Street is smoking. While companies like Amazon barely turn a profit but appear to be darlings of the stock market, Apple gets pounded while having more in the bank than the GDP of Hungary, and making the fourth largest quarterly profit of any company, ever. What the hell is going on?

Trust me: it’s not that everyone on Wall Street is a secret Google and Microsoft fanatic who gets bought lunch by Larry Page on a weekly basis. But in order to begin to understand what’s happening, you need to know a little bit about markets and how they work, and remember that they are only semi-rational at the best of times.

One indicator of how the market considers a stock is the price to earnings ratio (P/E), which is simply the market price per share divided by annual earnings per share. A high P/E usually indicates that the market believes that although the company might not be making so much profit per share right now, it has the potential to earn a lot more in the future, usually by growing the company. A low P/E, on the other hand, particularly compared to stocks in the same sector, usually means the market thinks it’s likely to decline in value.

If you look at the P/E, Apple is nowhere near over the top in price compared to other tech stocks in the same category. Prior to the fall in share price yesterday, its P/E was around 11. That puts it closer to companies in declining markets or companies that are having problems, like Dell (around 8). For comparison, Acer – not exactly setting the world on fire at the moment – has a (slightly insane) P/E of 117. Lenovo, which is pretty much only in the declining PC market, is at 20. Microsoft, which is largely owned by investors for its dividends these days, has a P/E of around 14.

Effectively, Apple’s current share price is only rational if you believe that not only will its future revenues not grow – they’ll actually decline. Given that its two largest product segments – smartphones and tablets – are ones where the size of the overall market continues to grow (and in the case of tablets, is actually at the bottom of the growth curve), you’d have to believe that Apple products will, at some point in the not-too-distant future, simply stop selling.

In growing markets, that would take a Nokia-esque fumble. It would require Apple’s product development and management team to go, overnight, from proven high quality to RIM-style “headless chickens”. It’s about as likely as Sergey Brin skydiving into Cupertino to present Tim Cook with a gold-plated Nexus.

All of this makes little sense, but it makes me wonder whether Wall Street is effectively “punishing” Apple for how it’s using its cash significant dividends. Did investors buy the stock believing it would have to start paying big dividends soon, simply to stop its cash pile growing?

Apple could easily do this. A regular $2–4 per share dividend would probably not even eat into the cash pile at the rate it’s been growing (it would amount to about $2–5 billion per time – and it added close to $16bn to the cash pile in the last quarter alone). This might (artificially) bolster the share price, and make shareholders happy in the short term.

But you have to assume that Tim Cook and his team have better plans for the money than simply giving it to shareholders. What those plans are, no one outside Cook and his team really know. And until Apple starts to give stronger signals of what its plans for that cash pile is, it will be hard for Wall Street to work out exactly what its prospects for future growth – or dividends – might be.