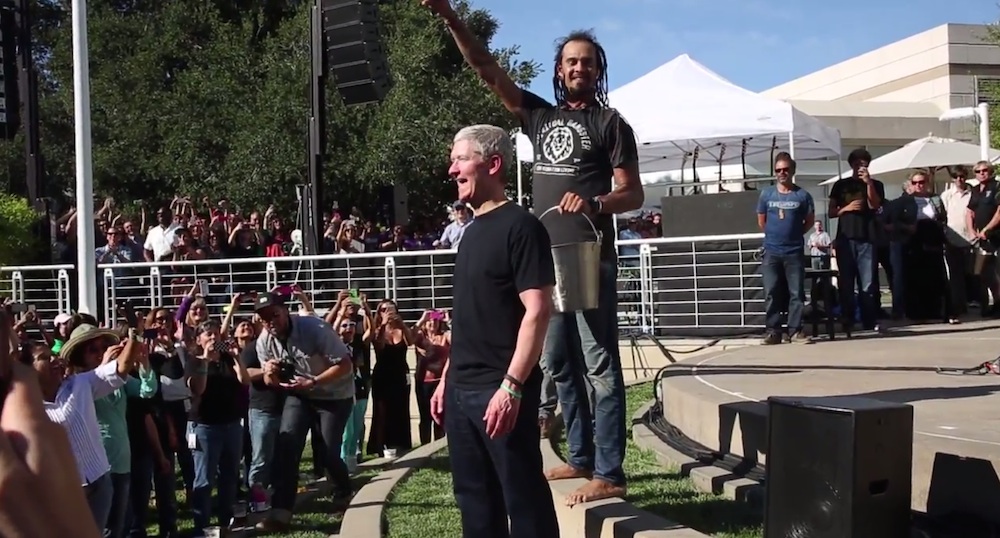 Apple CEO Tim Cook and SVP Phil Schiller have both taken the “Ice Bucket Challenge” to raise awareness for ALS, or Lou Gehrig’s Disease. The challenge is simple: dump a bucket of ice water on your head or donate $100 towards ALS research, then challenge three friends to do the same. Most participants have chosen to do the dump and donate some coin, with the challenge already raising $4 million for ALS research.

Tim Cook did the challenge at Apple’s HQ during the company’s bi-weekly “beer bash” after being challenged by Schiller. After doing the challenge, Cook challenged Dr. Dre, musician Michael Franti (who was performing at the beer bash), and Apple board member and Disney CEO Bob Iger to do the challenge.

If you’d like to see Cook have a bucket of ice dropped on his head, Apple has posted the video to its YouTube channel.