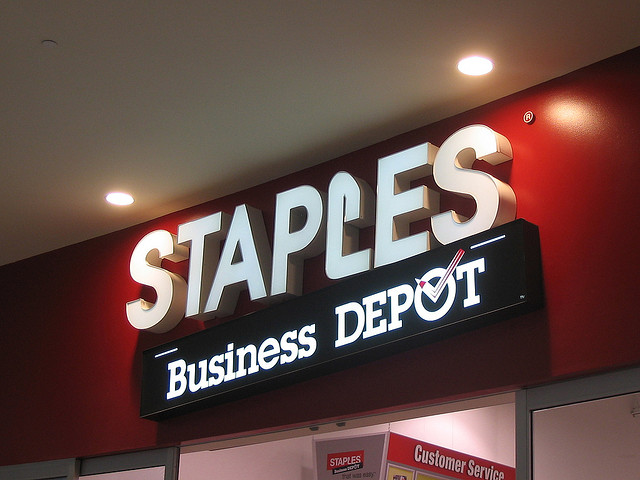 Staples, the popular office supply store, will soon start to sell Apple products in the United States. The company has offered Apple devices in some of its international stores for quite some time, though they haven’t been able to work out a deal to sell the products in the States. However, it looks like this will soon change, according to a leaked mockups page for Apple products on its website.

If you take a glance at the Staples’ mockup Apple page (update: now taken down), you’ll notice that the site only lists Apple accessories including the Apple TV as of now. The site shows Apple Smart Covers, Smart Cases and Lightning cables among other accessories. Interestingly enough, Staples currently lists the Apple TV at a surprisingly low price of only $49.99. Apple’s Lightning to HDMI cable is also marked down to $25.99. Those are likely placeholders, however.

This isn’t the first rumors to appear online either. Reports have also surfaced that Staples will begin stocking devices in the coming months. The source also told the publication that Staples will sell an entire line of Macs and iOS devices in store, not just accessories.