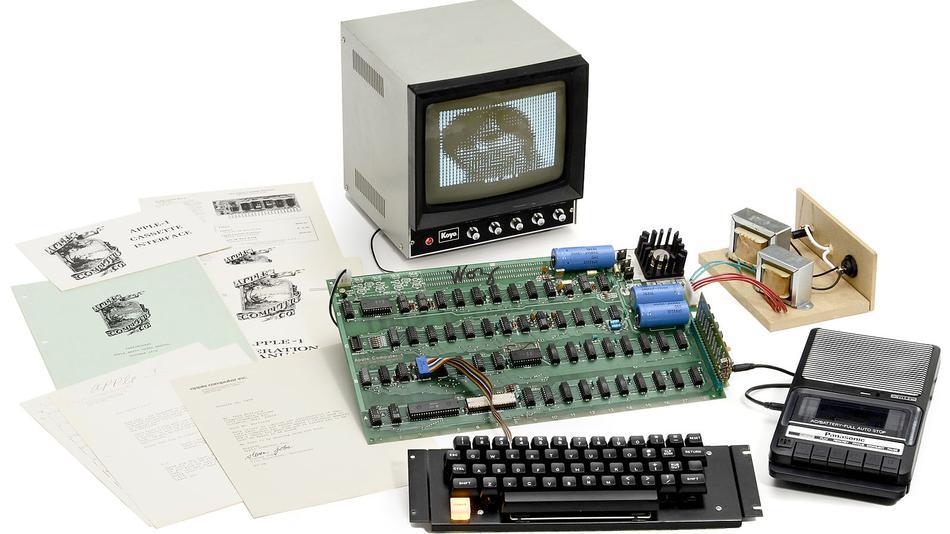 In this week’s edition of lifestyles of the rich and stupid, someone has purchased a working Apple 1 computer for a whopping $671,400. Or, sliced differently, 1346 full-sized, intro level iPads. Ahhh, the lifestyles of the one-percenters. So refreshing.

The buyer, Mr. Breker said, was a wealthy entrepreneur from the Far East, who wishes to remain anonymous.

Part of the allure of the earliest Apple machines, Mr. Breker said, is not what they are, but what they represent. “It is a superb symbol of the American dream,” he said. “You have two college dropouts from California who pursued an idea and a dream, and that dream becomes one of the most admired, successful and valuable companies in the world.”