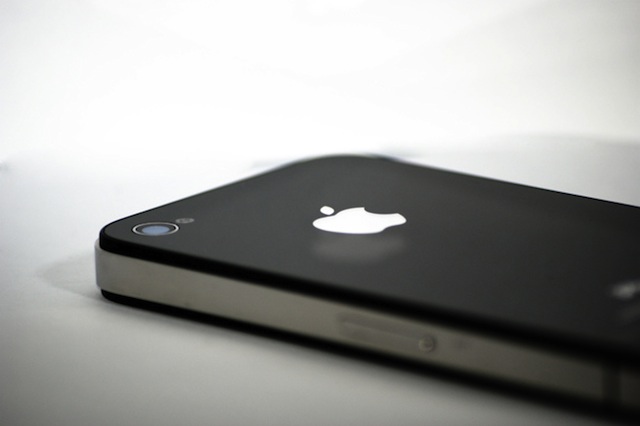 The Apple rumor mill is all fun and games until it starts to affect the stock prices. Not just Apple’s stock price, but the stock prices of their suppliers, partners, and everyone else they seem connected to these days. Even Seeking Alpha can’t help itself from pointing out that some of Apple’s partners didn’t fare so well on the Japanese exchange because of “flat earnings” reported yesterday. Heck, according to the BBC, Sharp and ACC, makers of displays and speakers for the iPhone 5 respectively, are both facing a decline in their stock price after rumors surfaced in a Japanese newspaper that Apple was halving its component orders for the iPhone 5. This is where the usual Apple rumor mill begins to have real consequences for Apple’s business partners.

It’d be hard to imagine Apple news without the rumors. The company’s PR team is notoriously tight-lipped, and secrecy is the only real cult inside Cupertino. The story from the Nikkei newspaper did diverge from the usual Apple supply chain rumors; it wasn’t about what was coming next, but about the company facing a real shortcoming in demand for its flagship device. This report hit the Wall Street Journal and the entire Internet seemed to be at their keyboard, reading what was being said. Instead of giving you the play by play, you can look at the Branch discussion here to get the idea what the heavy hitters in Apple’s corner were thinking at the time. Long story short, a poorly sourced rumor turned out to be just that.

Here’s the thing, this time Apple writers were more than happy to take the time to suss out exactly how poorly sourced this rumor was, which is something that doesn’t really happen too often these days. Hell, we’re guilty of it ourselves. The only reason they did this was because this story was massively negative about Apple, and seemed to be so out of step with the company’s normal performance. What happens if you apply this logic to almost every rumor you hear about the next iPhone, Touchscreen Macs, and, the unicorn of Apple rumors, the TV. Most of those don’t hold up either. Thing is, it’s not just Apple that this is happening to these days either. Just yesterday fake claims about the upcoming Xbox 720 circulated the Internet like wildfire, only to end up being a giant hoax.

Journalists who did some actual digging about the constraint rumors turned out to be right, because when Apple released its earnings, there should have been more than enough growth to quash many of the doubters. iPhone sales were up ten million, and iPad sales were up seven and a half million. The Mac and iPod stories showed a less rosy story, but these aren’t enough to begin calling the company a has-been. Tim Cook actually called out the supply rumors directly in the earnings call. Sane pundits were proven right again, as they have been in the past. Apple has a tremendous quarter, but for some reason, stocks were down, down, down.

There is an entire ecosystem writing about Apple news: granted most of us are doing our best to write about apps and tools, and only reporting on the rumors that become too big to ignore. Where does this voracious appetite for rumors come from? Apple’s insistence to remain in radio silence except in controlled releases. Of course the company shouldn’t be commenting on unreleased products, but responding to almost every press inquiry with an emphatic “No Comment” is not necessary. There was a lot of back and forth about the legality of commenting on these rumors, but it’s clear their refusal to comment is now affecting their business partners.

Sharp and AAC are both going to face some insistent questions from their board about the significant drops in their share prices. If the answer to that question is Apple’s radio silence, it may be more trouble than it’s worth to keep selling to Apple in the long run. That is still a long way off. The company still has a lot of sheen left from a decade of solid innovations, and they sell enough that these companies are generating enough revenue to put up with Cupertino’s eccentricities. However, competition is going to get tougher in smartphones and tablets, not easier. A headache can become a migraine in no time at all.

That isn’t to say that we’re about to watch the company descend into an 80s era funk until it’s back at the verge of bankruptcy. Anyone who tells you that Apple is doomed didn’t pay attention to Steve’s allergic reaction to recreating the past. The cult of secrecy in Apple was all about ensuring the buzz around every product was cacophonous. Pay attention to the press story around every release of an Apple product, and after getting past the gee whiz factor and the fact sheets, you’ll see that the next story is a run down of what the rumor mill got right.

Apple shouldn’t spend its time confirming every new rumor about an in-development product, but they could start squashing the outright delusional. Stupid is stupid, and stupid should be pointed out where possible. That’s a small step that would help with the disappointment that inevitably comes when rumors outpace reality. Then you have these types of number rumors that we see from the supply chain. These can be commented on without disclosing new tech. Apple may not want to deal with the press, but it’s created an economy of rumor. It’s done a lot to generate buzz for the company but a failure to understand that economy could cost Apple its business partnerships.

Tim Cook, during the latest financial call, did address the supply constraint rumors in his own way. From the looks of it, we could be entering a new era for Apple. Calling B.S. rumors B.S. is a noble pursuit, and we would welcome the change. It would be nice to have someone setting the record straight when garbage rumors come across our desk.