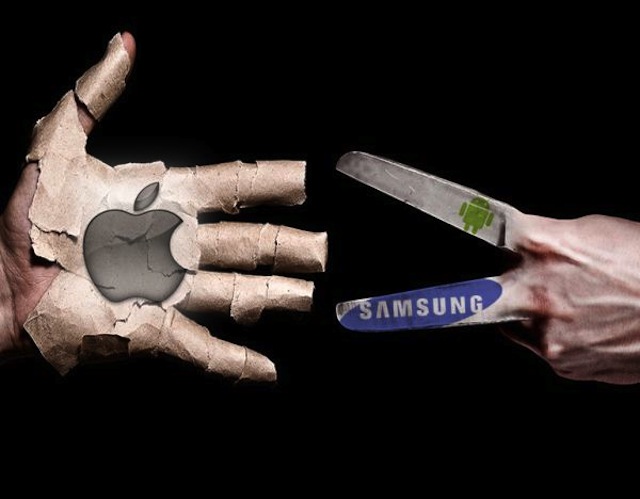 For the first time ever, it looks like Samsung has managed to pull ahead of Apple in terms of Internet usage. The data comes from StatCounter, who conducted an “Internet Wars” report. The results of the report found that Samsung has overtaken Apple for the top spot in the world for Internet usage. The report also found that Chrome has overtaken Internet Explorer for the first time in the U.S..

StatCounter tracked the changes between different devices, operating systems, and browsers for twelve months, between July 2012 and June 2013. The purpose of the report, called “StatCounter Internet Wars Report – Winners and Losers” was to chart the Internet battle between some of the world’s biggest tech companies, including Apple, Google and Microsoft.

According to the report, twelve months ago Nokia was in the lead in terms of global internet usage, but by June 2013 Samsung jumped into a slight lead with 25.47%. Having fallen behind, Apple held 25.09% of the Internet usage and Nokia fell further behind with 21.96%. However, looking just at the U.S. and the UK, Apple still holds the top spot for Internet usage.

In May of 2012, Chrome became the lead browser in terms of worldwide Internet usage and has now also overtaken Internet Explorer for the first time in the United States. In June, Chrome took the top spot in the use at 34.02%, which is up from 23.84% a year ago. In the same period, Internet Explorer dropped to 32.46% from 40.89%.

If you want more detail, you can read the full PDF report here.