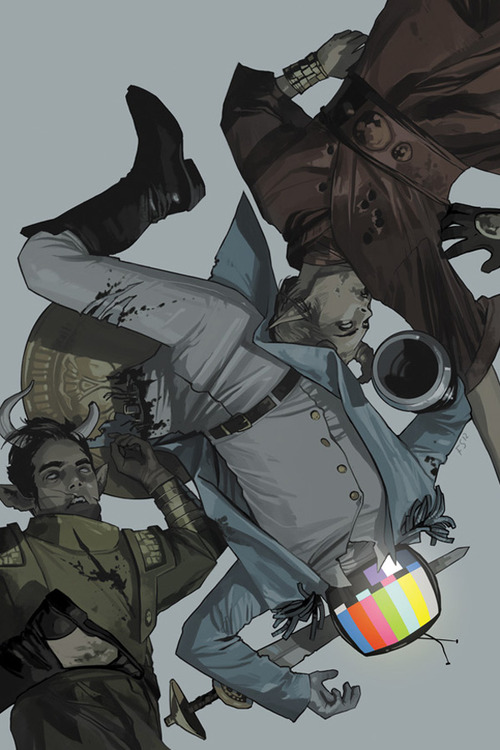 It’s no secret that Apple’s asexual App Store preferences has landed a few applications in hot water on the iOS application store, but frankly put, it’s time to get off the soapbox because the double standards within Apple’s own media stores is outright absurd.

Today Apple “banned” a digital comic, which I’ve never read, for depicting gay sex. The author, in a blogpost,  stated:

As has hopefully been clear from the first page of our first issue, SAGA is a series for the proverbial “mature reader.” Unfortunately, because of two postage stamp-sized images of gay sex, Apple is banning tomorrow’s SAGA #12 from being sold through any iOS apps. This is a drag, especially because our book has featured what I would consider much more graphic imagery in the past, but there you go. Fiona and I could always edit the images in question, but everything we put into the book is there to advance our story, not (just) to shock or titillate, so we’re not changing shit.

I don’t blame them for being pissed. Sure, Apple’s rules are pretty clear on the subject, but do a quick search on the iTunes store for “sex.” Go on. I’ll wait patiently. Here are a couple of things that came up from one search in the iTunes store:

How about music (I stopped linking because I’m bored)?

I’m already bored with this post, so I’m just going to put this bluntly. Apple: it’s time to get over yourself. You either don’t mind this content in your media stores, or you hate it and want it banned. You can’t have it both ways. It’s absurd. Geesh. Every single store, with the exception of your App Store (there’s plenty of risqué stuff there too that you seem to have missed), has blatant sexual content that pretty much borders on needing an ID to read or watch. What makes the App Store any different? It’s time you fill us in because I’m getting mixed signals here.