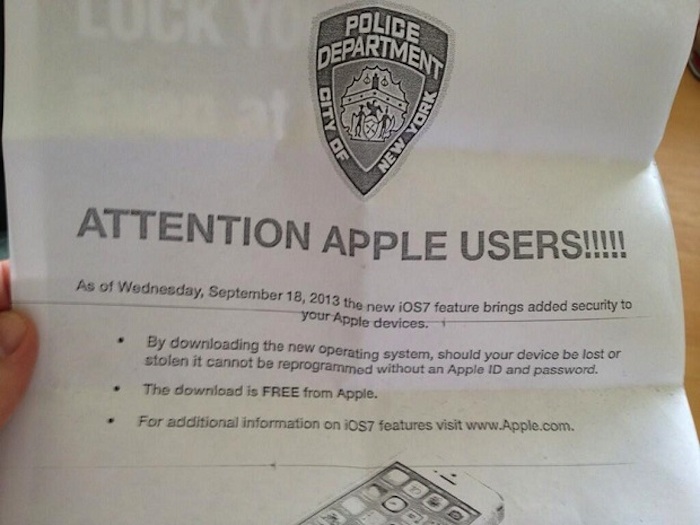 The New York City Police Department has began to distribute flyers encouraging iPhone, iPod, and iPad users to update their devices to iOS 7. The flyer notes that the operating system update is free and that, after updating, a lost or stolen device “cannot be reprogramed without an Apple ID and password.” These flyers have reportedly began appearing around Apple Stores and subway stations in the New York City area.

The reason NYPD is encouraging this upgrade is due to the fact that iOS 7 has added an Activation Lock to Find My iPhone. This feature permanently locks lost and stolen iOS devices. Once locked, the device can only be unlocked with the owner’s Apple ID and password.

iOS 7 was announced in June at Apple’s WWDC, or World Wide Developer’s Conference, in San Francisco, California. The update was in beta throughout the summer and was released to the public last week on September 18th. The update brings many changes to new and existing iOS devices like a new user-interface, security features, and camera app amongst other features.