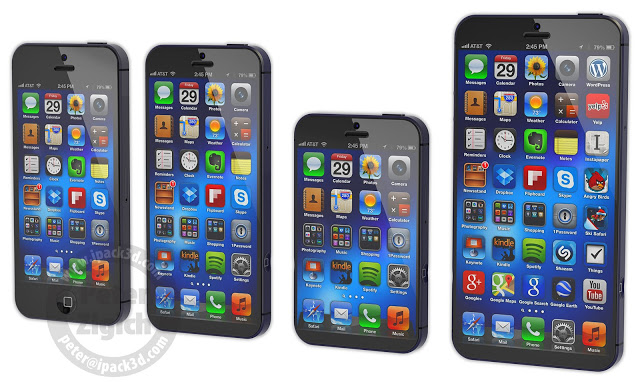 A new iPhone concept has popped up online, bringing a new perspective to the iPhone 5, iPhone 6, iPhone 6 mini, and iPhone 6 XL. No, seriously, the artist has built concepts for four phones, including a phablet. The basic premise is quite simple: lose the home button, add all kinds of rows of apps.

Peter Ziglar has spent time re-evaluating the iPhone lineup, and has come to the conclusion that the home button takes up way too much space on the front of the phone. In his world, the home button belongs on the side of the phone. It’s a neat idea, but personally I prefer the idea of removing the button entirely for gestures or a touch-sensitive casing.

It’s a valiant effort and very well done. We recommend checking out the rest of the images on his website. That said, I’m not sure the answer to a phablet is a larger iPhone with more icons on the screen. I personally have no apps on my home screen, instead moving them to the second screen. More apps feels cluttered, which in turn makes it feel really un-Apple.