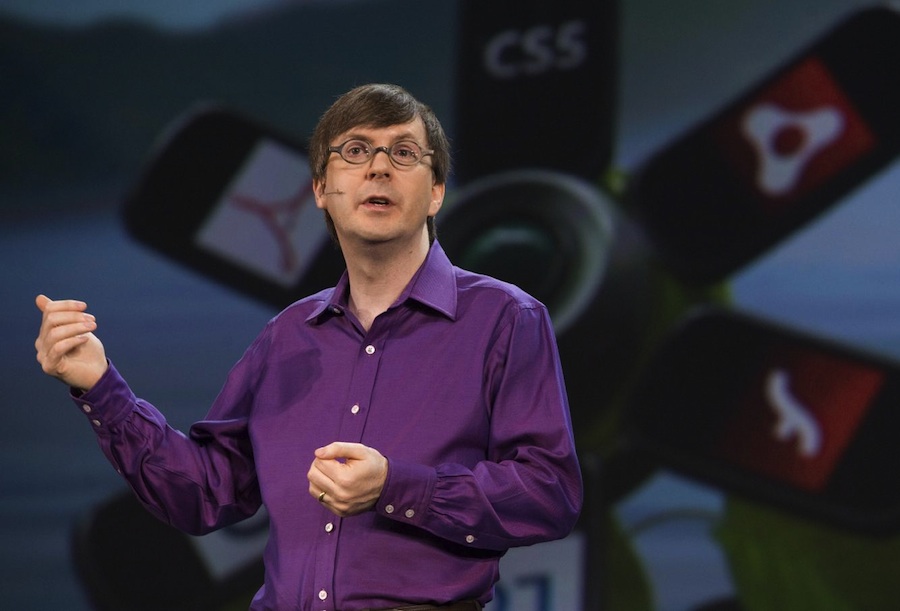 CNBC just passed a nice little nugget of information along in a tweet, indicating that Adobe’s CTO, Kevin Lynch, is leaving the company to join Apple.

The move is surprising on a number of fronts. Lynch has been working at Adobe since the company acquired Macromedia (Flash, Dreamweaver, yadda yadda) back in 2005. CNBC is reporting that the move will happen this week, but there’s no word on what he’ll be doing at Apple.

Here are the tweets from CNBC journalist Jon Fortt, and the official CNBC announcement:

Interesting move considering Lynch and Apple butted heads frequently, and quite publicly, over Apple’s disinterest in including mobile Flash in iOS. Also kinda makes you wonder what a pro mobile Flash guy will do at Apple.

Update: According to All Things D‘s John Paczkowski, Lynch will be reporting to Bob Mansfield directly. Mansfield is the Senior Vice President of Technologies at Apple. Who’s Bob Mansfield? Here’s a snippet from Apple’s website: “Bob leads all of Apple’s wireless and semiconductor teams across the company. He joined Apple in 1999 to oversee the team that has delivered dozens of breakthrough Mac products including the MacBook Air and the all-in-one iMac line. Over the years, Bob has led some of the company’s most challenging engineering projects.”

We should probably also point out that Phil Schiller worked with Kevin Lynch at Macromedia in the 1990s before the company was purchased by Adobe.