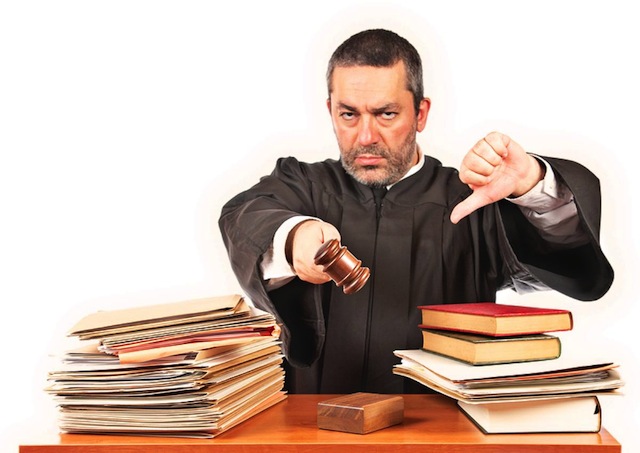 Apple and Google-owned Motorola Mobility have accused each other of infringing on the other’s patents related to wireless technology. The judge presiding over the case, however, has accused both companies of using the litigation more as a business strategy than an effort to resolve their dispute.

“The parties have no interest in efficiently and expeditiously resolving this dispute; they instead are using this and similar litigation worldwide as a business strategy that appears to have no end,” U.S. District Judge Robert Scola said yesterday in an order. “That is not a proper use of this court.”

The list of patents that Apple and Google are using against each other has grown since the case was first filed in 2010. This case is just one of the many legal battles that Apple is involved in, challenging any company or device that it believes is copying its iPhone, the most notable of which is Samsung.

Scola explained in his order that the case in Florida involves more than 180 claims related to 12 patents and disputes over the meaning of more than 100 terms. Apple and Google were unable to solve anything and Scola called both companies’ actions “obstreperous and cantankerous conduct.”

“Without a hint of irony, the parties now ask the court to mop up a mess they made by holding a hearing to reduce the size and complexity of the case,” he wrote. “The court declines this invitation.”

Well, someone obviously isn’t too impressed.

Scola has given Apple and Google four months to narrow the case down. If they are unable to do so, he will put the case on hold until he resolves all the disputes over the definition of patent terms.