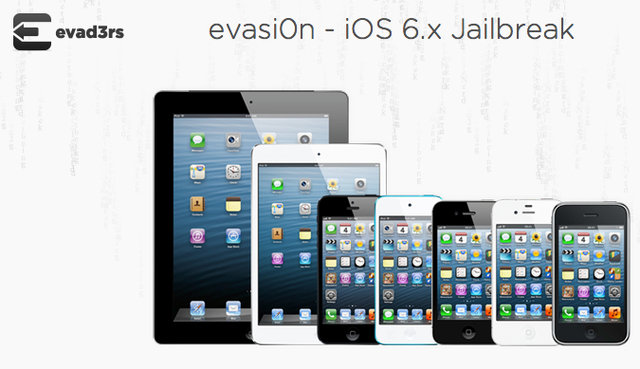 We knew that there was significant buzz in the lead-up to the recent evasi0n jailbreak release for iOS 6.1; however, we didn’t know to what extent this buzz would lead to actual downloads. It turns out to be a lot, as the jailbreak has already been installed on 7 million iOS devices in just 4 days.

This massive number makes the evasi0n jailbreak the fastest downloaded jailbreaking tool of all time. Jay Freeman, the administrator of the jailbreaking app store Cydia, said that the jailbreak brought an “insane” amount of traffic, more so than any jailbreak before it. As of Thursday night, 5.15 million iPhones, 1.35 million iPads and 400,000 iPod touches had been confirmed to have been jailbroken using evasi0n.

This massive success can be attributed to multiple factors. For one, iPhone 5 sales and iPad sales have been doing incredibly well and have been bringing more and more users to iOS. A second reason is the amount of time it took for the jailbreak to be released. It took the hacking team 136 days to put out evasi0n, which was the first jailbreak to arrive for iOS 6/6.1 as well as the iPhone 5. This is a massive number when compared to the 38 days it took to crack the iPhone 4 or the 14 days it took for the 3GS. This gave way for people to learn and get excited about the jailbreak before its release, thus drastically spreading the story’s coverage.

While I have yet to jailbreak and I am still unsure as to whether I should, I now feel like I’m missing out on something. Seven million people can’t be wrong…