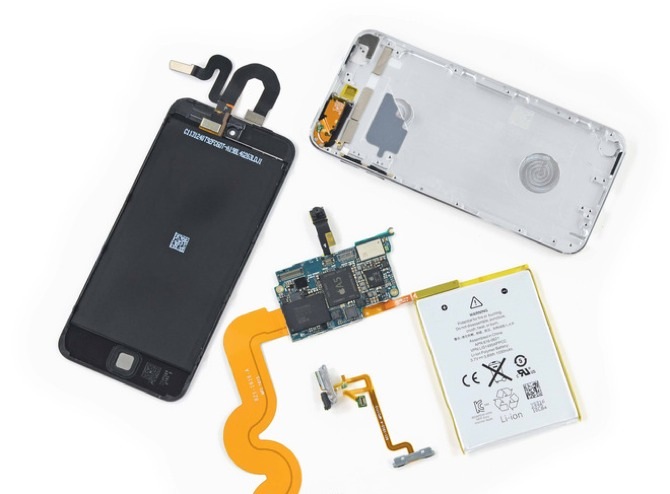 It’s pretty much expected at this point that iFixit will tear apart a brand new Apple product days after it’s released just for science. Today, the iFixit team has pulled apart the new, and somewhat lame, update to the iPod touch.

This new iPod is less revolutionary and more iterative than most Apple releases. Aside from the lack of a 5-megapixel, rear-facing camera, there isn’t much that distinguishes the iPod Touch 5th Generation 16 GB from its (slightly older) forebear.

So there you have it. What the hell is the point of even buying one of these things? Just for selfies? Get an iPad. The rear-facing camera was bad enough in the last generation iPod touch, and the front-facing camera is still just as bad as the last one. Basically you’re paying the same dollar amount for less machine this time around.

Honestly, save your cash. This is a pretty big tell that Apple’s iPod touch is on the way out.