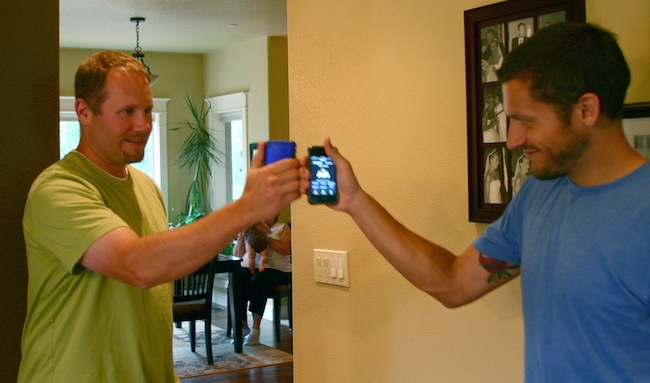 It seems like Google has finally gotten around to checking out Bump. According to the ole’ newswire that is the inter web, Google has paid a nice little chunk of money for the popular, but seemingly unprofitable company.

From the Bump blog:

So we couldn’t be more thrilled to join Google, a company that shares our belief that the application of computing to difficult problems can fundamentally change the way that we interact with one another and the world.

Bump and Flock will continue to work as they always have for now; stay tuned for future updates.

You’ve likely downloaded and used the application at some people to test out the “bump” feature of tapping phones together to transfer contact information from one phone to another. The Verge is reporting that Google plans to integrate the best of the Bump feature set and its photo-sharing functionality into “its own mobile phones and OS.”

It’s hard not to look at Google’s purchase of Bump and make the conclusion that Google saw Apple’s inclusion of AirDrop technologies in iOS 7 and decided that they should probably compete on some level in that space.