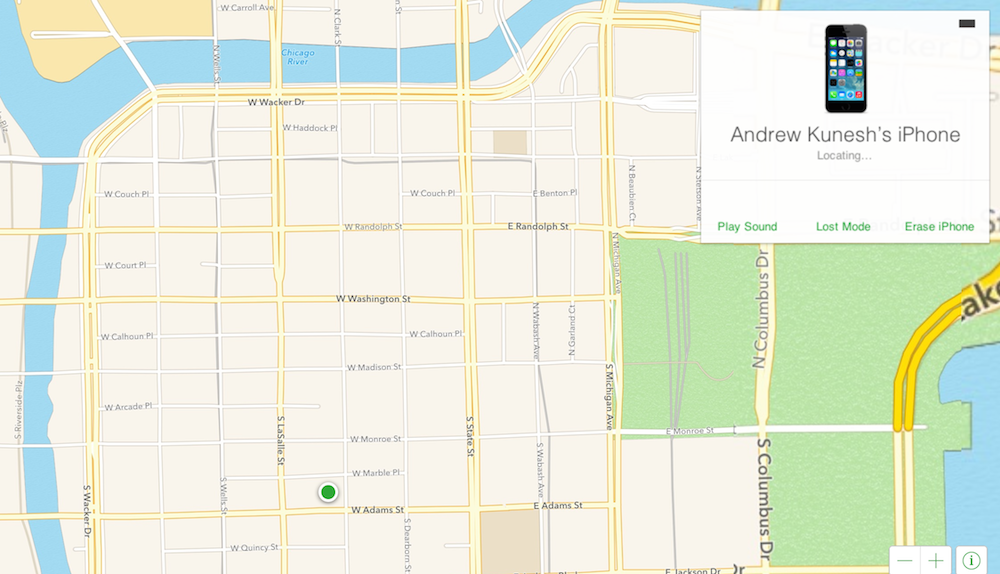 Apple has started the transition from Google Maps to Apple Maps. Find My iPhone in the cloud over at beta.icloud.com now locates a lost or stolen iOS, or Mac device through Apple Maps. The whole system now looks identical to Maps.app on the Mac, iPhone, or iPad.

If you’d like to give the new Find My iPhone a try, navigate to Apple’s iCloud beta page, log in, and select Find My iPhone from the list of iCloud web apps. You can then locate your Macs and iOS devices using Apple Maps.

Please note that the standard release of iCloud.com still shows your devices on Google Maps, this new fandangled offering is only available in the beta version of iCloud.

Apple Maps was released as a part of the iOS 6 update back in 2012 to replace Google Maps for iOS. When released, Find My iPhone for iOS and Find My Friends were switched to Apple Maps, while the web client lagged behind.