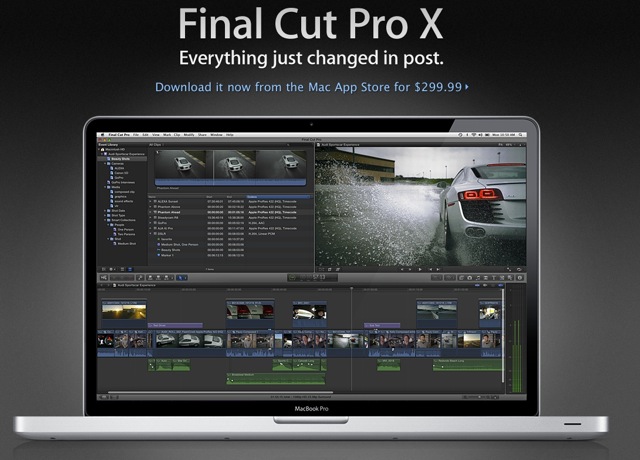 Apple’s suite of professional video editing apps have been updated with new features. Motion and Compressor’s updates are mostly under the hood, bringing stability updates and fixing performance issues. One notable Compressor update is that Vimeo users can now upload videos that feature files sizes over 1GB.

Final Cut Pro X is where this set of updates really shines. Pro users can now import Sony XAVC video codecs with resolutions of up to 4K. Time reversed clips are now rendered in the background. Finally, a few major bugs have been squashed with this update including a fix for a bug that caused third-party effects to generate green frames. The full list of changes can be viewed on the Mac App Store.

These updates come at the same time that Apple is set to launch a new marketing campaign for Final Cut Pro X. According to the Los Angeles Times, Apple’s new marketing campaign will feature Tsui Hark, a Hong Kong cinema icon, Julian Liurette and other famous icons that use Apple’s software on a day-to-day basis. This marketing campaign is aimed to win over video professionals who previously thought that Apple “dumbed down” Final Cut Pro when version 10 was released in June 2011. We’re not sold that it’ll win anyone back; anyone who’s switched probably won’t be swayed at this point.