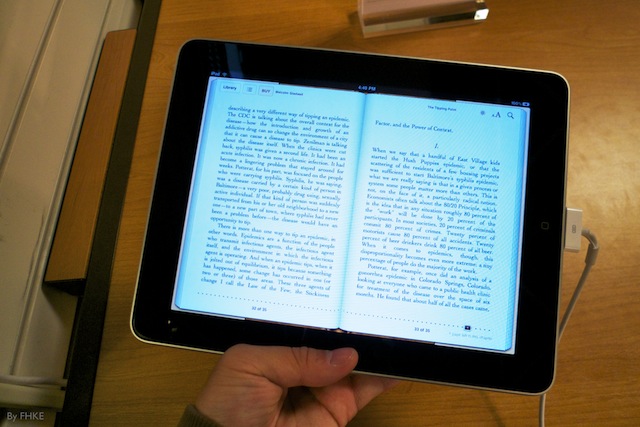 Apple was recently found guilty of price fixing e-books and the Department of Justice laid out some new terms that it would like to see imposed on Apple. Apple quickly made it clear that it was not impressed by the restrictions, and now other U.S. publishers like HarperCollins, Simon & Schuster and Penguin have taken Apple’s side.

“The plaintiffs are attempting to impose a specific business model on the publishing industry, despite their express and repeated representations that they would play no such role,” the publishers agreed.

The terms proposed by the Department of Justice would have Apple end its current agreements with five U.S.-based publishers, including Hachette Book Group, HarperCollins, Macmillan, Penguin and Simon & Schuster. Apple would not be able to enter new contracts with these publishers to limit competition in the next five years. Other e-book retailers, like Amazon, would then be able to link to their products from their iPhone and iPad apps for two years, which they are currently not able to do.

The publishers argue that “the provisions do not impose any limitation on Apple’s pricing behavior at all. Rather, under the guise of punishing Apple, they effectively punish (publishers that settled in the case) by prohibiting agreements with Apple to use the agency model.”

In other words, the DoJ’s proposal is basically telling Apple “to get out of the e-book business” explained Gartner analyst Van Baker.

The proposal set by the DoJ still hasn’t been approved by a federal judge, and it’ll definitely be interesting to see if it goes through.