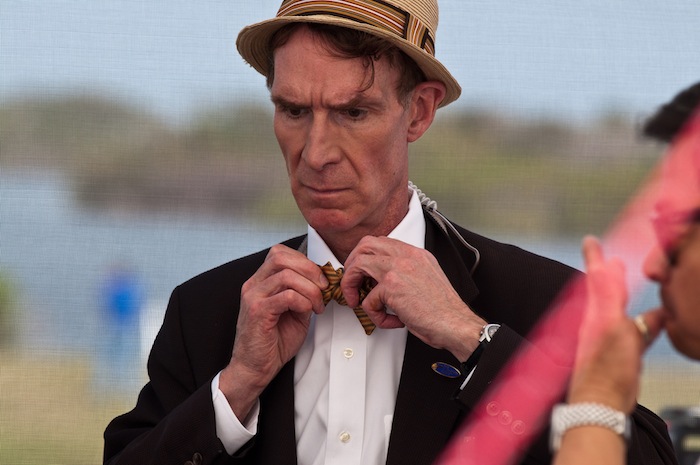 If you were in elementary or middle school in the 90’s or early 2000’s, you probably remember Bill Nye The Science Guy. His science-centric children’s show first started airing twenty years ago, so in order to celebrate this anniversary, Bill Nye will be talking science at Apple’s upcoming World Wide Developers Conference (WWDC). According to the WWDC iOS app, Nye’s speech will be on the following:

The Bill Nye the Science Guy® show is celebrating its 20th Anniversary. The Science Guy himself will describe the remarkable chain of events that led to his understanding of the process of science, the need to engage young people, and the power and joy of knowing our place among the stars, our place in space. We’ve had 20 years of the Science Guy; today, there’s an app for that…

Apple is known for hosting geeky pop-culture icons at WWDC. Back in 2012, we saw JJ Adams of Lost, LeVar Burton of Star Trek Fame, and William Joyce, the writer of George Shrinks and other popular titles spoke at the event.