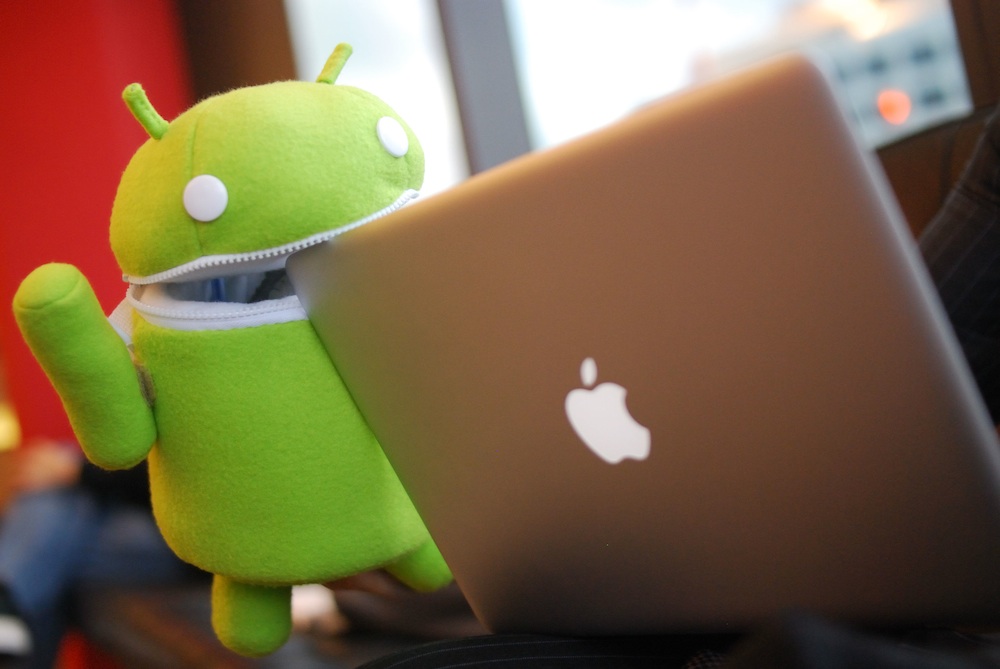 Apple rolled out a new iPhone 5 page on its website this weekend, and the results have polarized a few people. On the one hand, some people seem to think that the company’s marketing department is pretty fired up. On the other hand, some find the move a clumsy sign that the company may be starting to feel the heat on its heels.

I’d argue it’s both of those things.

John Gruber, over on Daring Fireball:

New iPhone page on Apple.com. Marketing team is fired up.

David Chartier, on his blog:

Whether you think Apple’s going on the offensive or defensive, the new iPhone 5 product page it whipped out feels… different, but not in the good way. There’s a fair amount of crufty copy, awkward sentences, and non-sentences

These two snippets got me thinking a little. Why now? What has changed at Apple?

To me, Apple’s always had the image of an underdog. Its marketing and advertising campaigns over the years leaned heavily on the motif when it was appropriate. A little guy took on big blue. A women wanted to end 1984 before it began. A skinny Mac guy smuggly stuck it to a bigger, huskier PC any chance he got. Apple was counter-culture, and Apple was looking to change the world.

Apple in a lot of ways is now the big guy, and in my experience it seems like fewer people see the company as the underdog. It’s hard to be revolutionary, when you’re the company everyone is looking to pass in the marketplace. It’s harder to play the underdog role considering the role reversal over the last three years.

If I had to hazard a guess, the marketing people at Google, Samsung, et al., are aware that Apple’s image has undergone a transformation in the psyche of consumers these days. A non-stop onslaught from the competition makes it hard not to notice. Samsung, and others, make a big deal out of it constantly; whether they’re right or not doesn’t really matter in this battle of perception. If you tell someone something long enough, people start to believe it (70% of people think Saddam Huessin had something to do with 9/11. Thanks mainstream media.) While Samsung is out there telling everyone they’re the better upstart, the little guy in this fight, someone has to be the Goliath to Samsung’s David. What’s Apple going to say? “No, we’re the little guy. Look at our little guy street cred.”  The new campaigns, including the smarmy “There’s iPhone. And then there’s everything else,” mark a huge shift in marketing approach from Apple. The company has gone from telling people “we’re better than the big evil corporate types” to “no, we’re the best, despite what these other guys are telling you.” It seems like splitting hairs, but that slight difference tells a very, very large story.

There may be a crisis of identity at play in the personal computing market for a number of companies. There are new underdogs and new top dogs in this space as compared to the 1990s. It looks like the various marketing departments at those companies in competition with Apple realize it, and they’re looking to exploit it, much like Apple did back in the 90s and early 2000s. But, by the looks of it, Apple’s also found itself in a new position, and they’re trying to figure out how to exist in their new top-of-the-food-chain, but still revolutionary house.