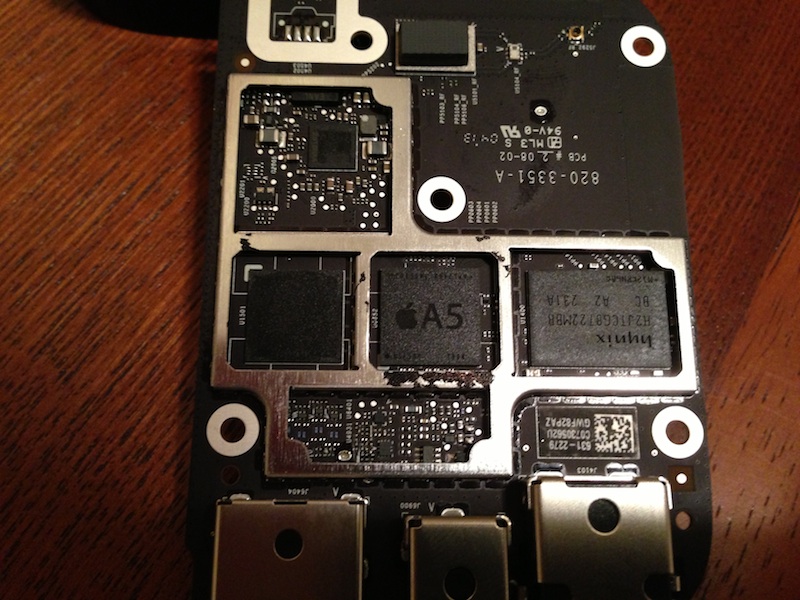 Apple’s rolled out a silent update to its Apple TV. No, it’s not a new shape or size. No, it’s not faster, or smarter. The device had a CPU change, but it’s still an A5 chip. In this edition of Apple updating a device mid-cycle, it’s all about the size of the A5 chip in the new Apple TV.

According to MacRumors, the new A5 chip included in the Apple TV is substantially smaller than previous versions, measuring just 6mm by 6mm.

Like every other Apple device before it, a smaller chip means the device could get smaller in the future, or the Apple TV could see new technologies included due to the savings in space within the media hub.

Additionally, the chip is no longer designed by Samsung; instead, the chip has been manufactured by Taiwan Semiconductor Manufacturing Company (TSMC) this time around.

There have been plenty of rumors surrounding Apple’s next major Apple TV release. We’ve heard everything ranging from an included game controller, Siri integration, and application support. We’re probably a ways off before any of that gets announced (if it ever gets announced), but the fact that Apple’s still riffing on the internal design is a great indication that their little hobby is still getting some love deep in the hobby labs at Apple.