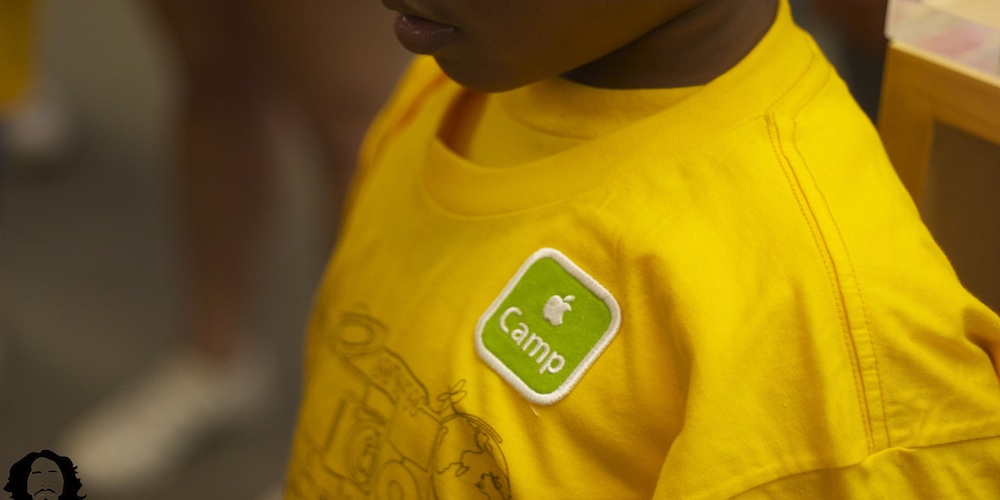 Apple has reintroduced its free Apple Store summer camps for children 8-12. These free camps will be offered in the United States, United Kingdom, The Netherlands, France, Canada, Italy, Spain, Switzerland, Hong Kong, and China. Classes will be offered during the months of July and August, and parents can sign up as registration opens in their region at AppleRSVP.com. Customers in the US can sign up now.

The summer camps are aimed at creatively-minded children and show them how to create content using Apple’s iLife suite. Though the classes mostly focus on iLife for Mac, the iPad looks to be part of the curriculum this year.

Apple is offering two classes this summer: Stories in Motion with iMovie and Interactive Storytelling with iBooks. In the iMovie class, kids will be shown how to storyboard and edit movies in iMovie, as well as make a soundtrack in Garageband for iPad. The final edit will be put together in iMovie for Mac.

In the iBooks class, kids will design and publish iBooks using iBooks Author, Apple’s free iBooks creation app. Camp attendees will be taught how to illustrate pictures on the iPad and then bring them onto the Mac to make their own eBook.

Kids attending an Apple summer camp must be accompanied by a parent or guardian. If your child is taking the iMovie class, they can bring their own digital camera, though Apple will provide one if needed.

It looks like Apple is getting them hooked early.