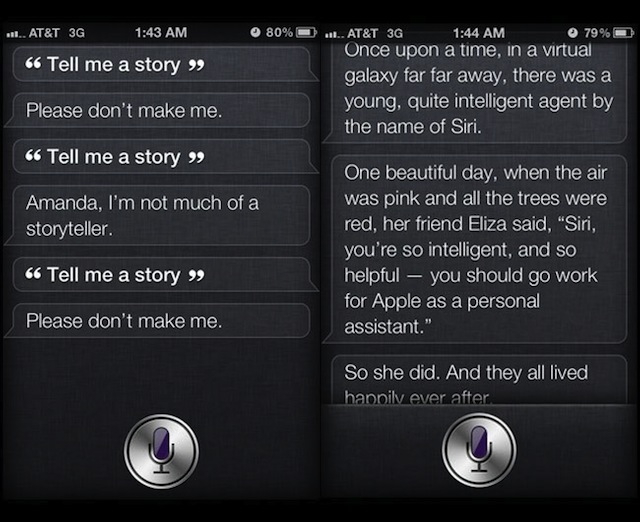 Concerns have recently been raised about some confusing disclosures in Siri’s privacy policy, and an Apple spokeswoman, Trudy Miller, has since responded to these concerns, admitting that Siri will store data for up to two years.

This is the first time that Apple has responded about how long it keeps Siri’s data. According to Miller, “Apple may keep anonymized Siri data for up to two years. If a user turns Siri off, both identifiers are deleted immediately along with any associated data.”

Every time you talk to Siri or ask a question, the conversation is sent to Apple for analysis. Random numbers are generated to represent you and the voice data associated with Siri. This code is different from both your Apple user ID and your UDID, but it’s filed with your Siri logs. According to Wired, once a specific file is six months old, the number is “dissociated” from the clip, but the clip is still kept on hand for up to 18 months. So while everything is anonymous, it’s still stored for a certain period of time.

Nicole Ozer, the American Civil Liberties Union lawyer who first questioned Siri’s privacy policy, says Apple should be doing more to make users aware of how their data is used and stored. She argues that, “There is no good reason for Apple to not include information about privacy practices on their Siri FAQ page” so that consumers know what’s going on before they buy an Apple product.

Regardless of the anonymity, Ozer says that transcripts of what you say to Siri could reveal personal information about your, your family or your business. She warns, “Siri works for Apple, so make a note to yourself to really think before you speak.” I mean, you don’t want everyone knowing about that funky mole you found under your armpit.