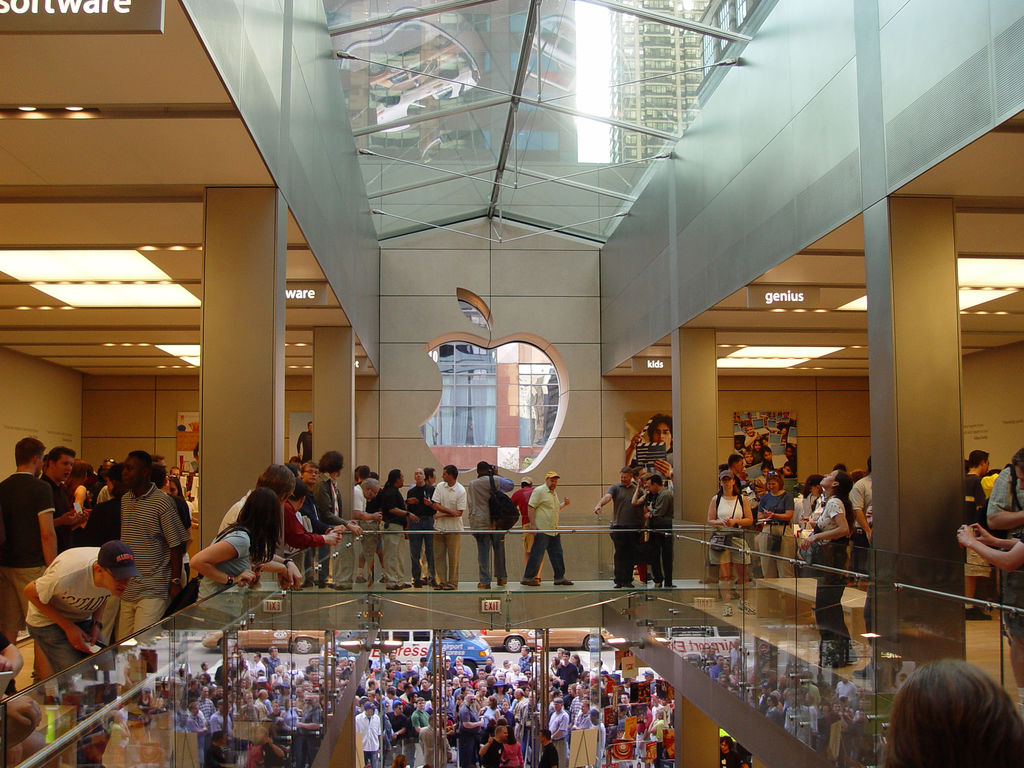 Apple now owns trademarks in the European Union (EU) that covers distinct Apple Store design features and layouts, whatever the hell that means. In order to trademark the store’s “design” in the EU, the Apple Store had to meet certain criteria, including the ability to clearly distinguish themselves from the competition in print materials, and other graphics.

Apple has held similar trademarks in the United States since January of 2013 after filing for the rights back in May of 2010. In the US, these trademarks cover the store’s large glass storefront, rectangular recessed lights, and and an “oblong table with stools located in the back of the store” amongst other design features.

However, these trademarks haven’t stopped numerous copy-cat stores, like the similarly-styled Microsoft Store and Samsung Store, from appearing in the US. You have to wonder, what’s the point of even having these trademarks?