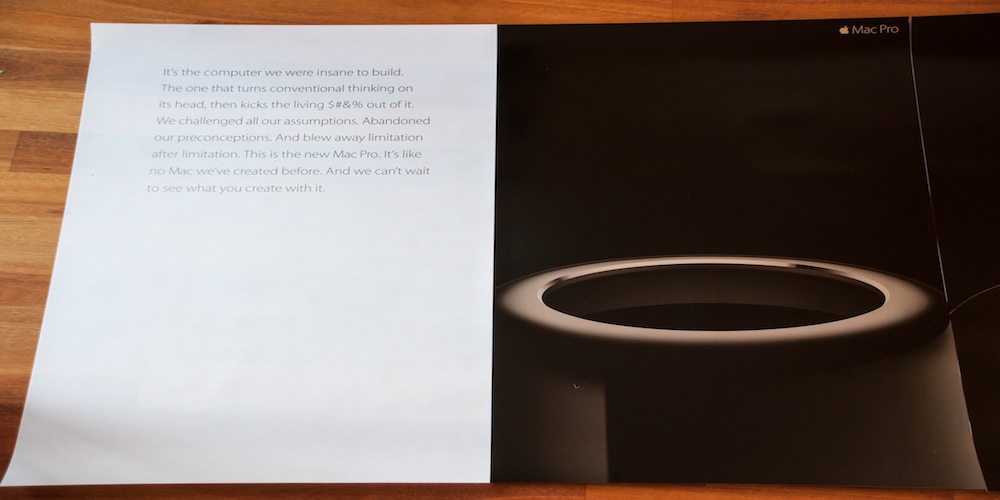 Apple has shipped a set of four Mac Pro posters to select technology journalists. These posters, enclosed in a large black tube, show off the different angles of Apple’s upcoming powerhouse, highlighting its thermal venting, custom silicone, and sleek exterior. Apple also threw in a few words on the computer’s design by printing the following on the back of one of the included posters:

It’s the computer we were insane to build. The one that turns conventional thinking on its head, then kicks the living $#&% out of it. We challenged all our assumptions. Abandoned our preconceptions. And blew away limitation after limitation. This is the new Mac Pro. It’s like no Mac we’ve created before. And we can’t wait to see what you create with it.

It isn’t too uncommon for Apple to ship promotional posters to technology journalists. Most recently, the company shipped journalists an App Store timeline and informational packet to celebrate the App Store’s fifth anniversary  that took place earlier this year.

So Apple, want to send a set of these to the Macgasm team?