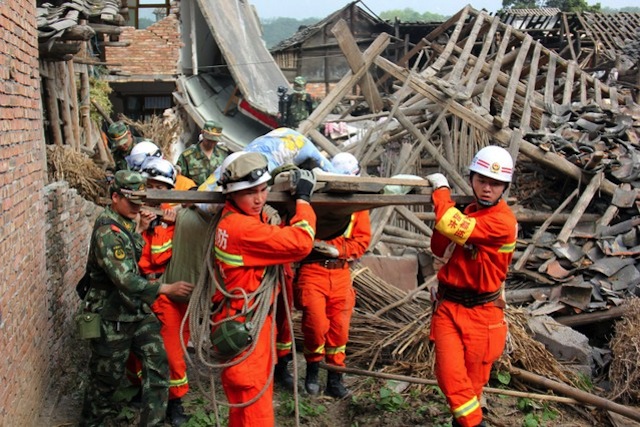 News of Apple’s donation for the earthquake relief comes from its public relations channels, while Samsung posted its offering on the Samsung China official Sina Weibo page. Apple has set up a memorial page for the earthquake victims on its homepage. The company also released a statement pledging new gadgets for the schools affected by the earthquake:

“At this difficult time, our hearts are with the victims of the Sichuan earthquake. Aside from the cash donation to help the affected people to tide over their difficulties, we are committed to providing new Apple devices to schools in the disaster area, and Apple employees in the locality are on stand-by at any time to help.”

Samsung’s post on Weibo also came with a statement from Samsung China president Zhang Yuanji, saying: “Samsung China is always with the Chinese people through thick and thin, to tide over the difficulties.” Samsung has also reportedly set up ad-hoc free phone repair centres in the affected earthquake zone.

Lately there has been a lot of tension between Apple and the Chinese government, and there is no end in sight for its rivalry with Samsung. I’m sure there will be some debate over who donated more, but both companies have made considerable donations which will go a long way in helping the victims of this earthquake.