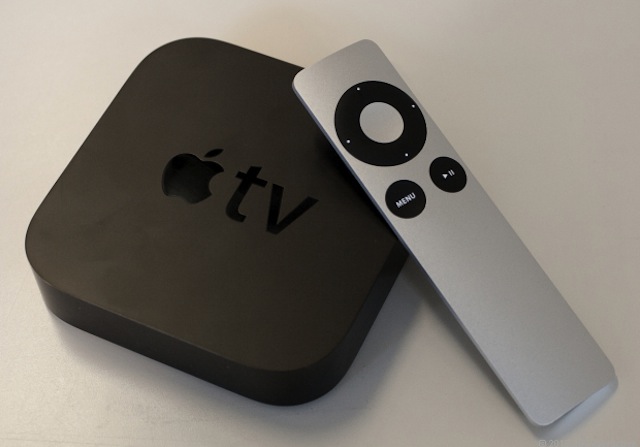 An FCC filing has just surfaced, showing off a slightly smaller Apple TV. Even though the diagram looks very similar to the current third-generation Apple TV, according to the filing, the device will be slightly smaller. The current Apple TV is a 98mm square while the FCC filing shows us that the new device will be a 93.78mm square. That’s not all that’s interesting, though. Some of the stuff under the hood has caught our attention.

As far as the internals of the device goes, Apple has made a couple interesting changes. First off, according to a testing document also revealed by the FCC, the device will feature a new low-power dual-band 40nm Broadcom BCM4334 Wi-Fi chip. This is the same Wi-Fi chip that is used in the iPhone 5. That means the Apple TV no longer needs two chipsets to connect to Bluetooth devices and Wi-Fi networks.

The folks at AnandTech went a step further and opened up the Apple TV 3,2 firmware, which was released by Apple yesterday. They found that the new Apple TV will be running off of an s5l8947x ‘A5x’ processor. This is quite an improvement over the current A5 ‘revision 2′ chip, which is being used in the third-generation Apple TV. The A5X chip was previously used in the third-generation iPad, which is commonly referred to as the “new iPad”.

Now the the question everyone’s wondering is: why does the Apple TV need to be beefier in the CPU department? The current version already streams 1080p videos flawlessly. If there was ever a moment where apps on the Apple TV rumors were to rear its fugly little head, this would be it, considering Apple just gave consumers the ability to connect a keyboard to their Apple TVs directly with iOS 6.1. Things may be about to get plenty interesting in the Apple TV space.