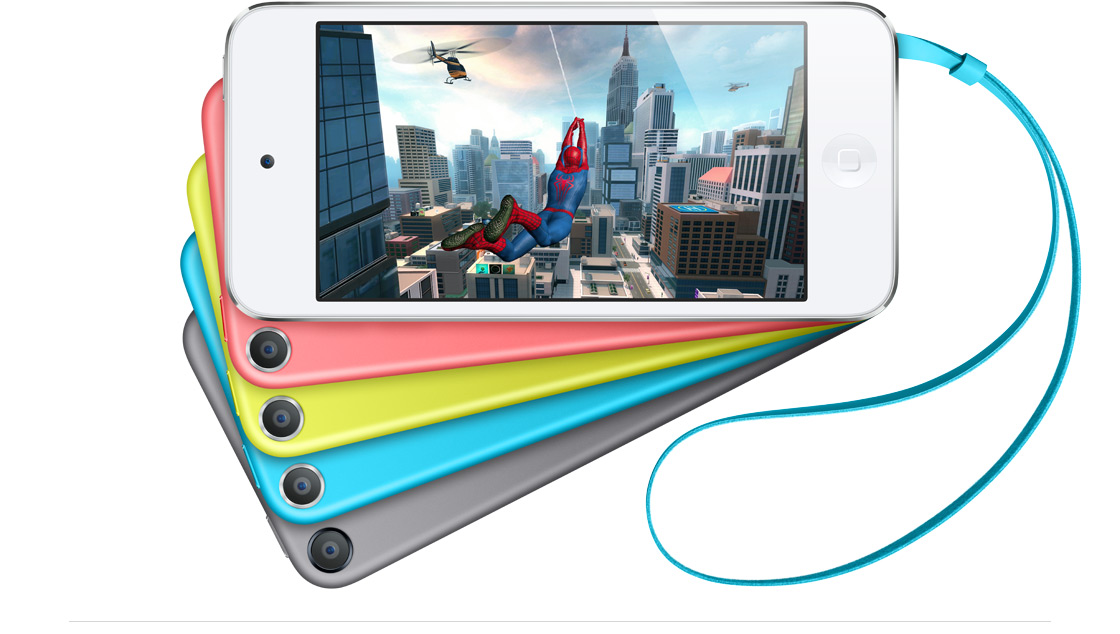 The iPod Touch, often forgotten amidst the public’s love affair with the iPhone, has received an update. Kinda. The 16GB iPod Touch version, available for $199.00, now features a 5 megapixel rear-facing camera, and comes in 6 new colors. Well, new to the 16 GB version, not the entire iPod Touch lineup. Everything else about the iPod Touch remains the same.

Previously, the 16GB version of the Touch only came in black and white, while the 32GB and 64GB models had space grey, silver, black, pink, yellow, red, and blue options. Similar to the color options, Apple also only offered the camera on the more expensive versions of the iPod Touch.

While the press release has been issued by Apple, some online stores (like Canada, go figure.), still haven’t been updated to offer the new changes on the 16GB iPod Touch. Surely it’s just a matter of time, right? Right?!?!