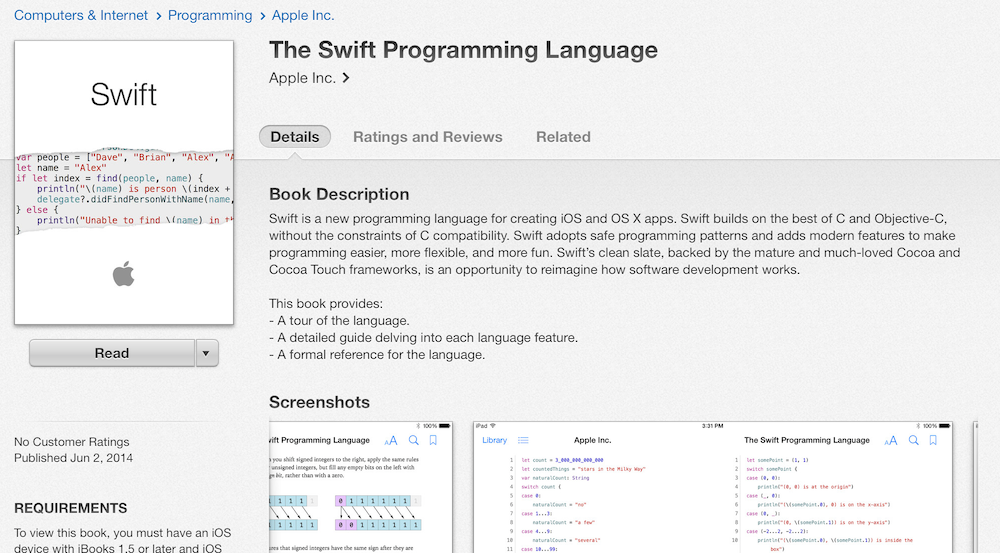 Just minutes after ending the WWDC Keynote, Apple pushed the Swift manual live on the iBookstore. This is the manual for Apple’s new programming language announced at the keynote. The language is meant to replace Objective-C,  the current language used for developing iOS and OS X apps, and will be able to be run on devices come this Fall when iOS 8 and OS X Yosemite officially launch to the public. The Swift manual is available for free on the iBookstore and gives developers an overview of the programming language. Additionally, the book gives examples of Swift code, how to use the language, and acts as an official reference guide for the language.