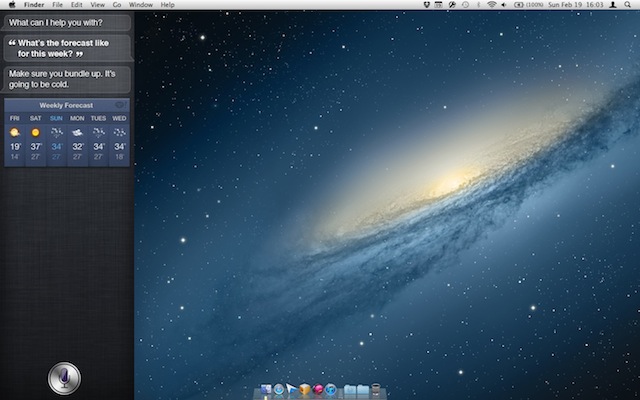 Rumors have been going around since last November that Apple would be bringing our favorite personal assistant to OS X. Recent Apple job postings on Apple’s website reinforces the rumor that  Siri might be included in the next version of OS X.

The listing found on Apple’s website is looking for a Siri UI Engineer and Apple specifies that candidates should have “Familiarity with Unix, especially Mac OS X” and a “Passion for the Macintosh platform and writing simple, elegant software that is easy and fun to use.”

The job listing doesn’t require experience with iOS, other than knowledge of Apple’s development APIs, and states that the engineer would be in charge of implementing the content that appears within Siri’s conversational view. The job would also require collaboration with other Siri teams. Here’s a part of the job posting:

“This is a broad-ranging task – we take every application that Siri interacts with, distill it down to fundamentals, and implement that application’s UI in a theme fitting with Siri. Consider it an entire miniature OS within the OS, and you get a good idea of the scope!”

“Of course, each of these little ‘snippets’ corresponds to an individual application, so you will have extensive cross-functional work with many other teams. You’ll need to work with them to enable access to their data and behaviors, and wire them up to your implementations. As a result, strong API design is needed to keep communications ideal.”

Rumors have suggested that Siri could become available on Macs in the next major OS X release, OS X 10.9, which is expected to launch later this year.