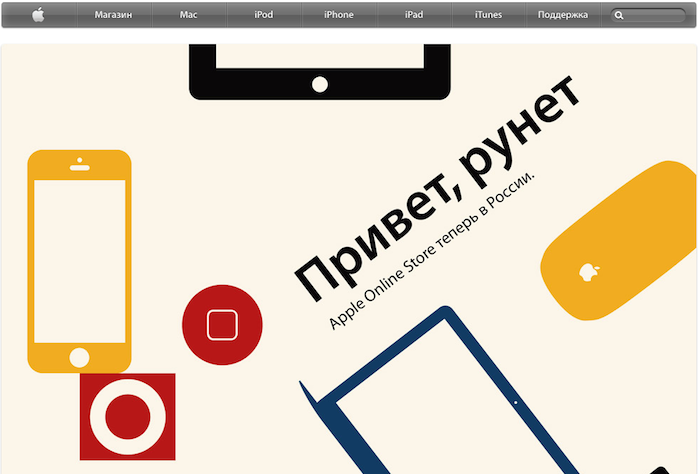 Apple has finally opened its doors to the Russian market with the launch of the Russian Apple Online Store. The store is stocked with every single current-generation Apple product as well as a slew of different third-party accessories from Twelve South and other manufacturers. Russian Apple users also have access to live chat, telephone support, and free shipping on purchases over 4000 Rubles. All returns are processed via mail as Apple has yet to open an official Apple Store in the country, but with the opening of online presence, we’re guessing we’ll see one soon. According to The Verge, the Russian Apple Online Store is currently only available to customers in Moscow and St. Petersburg.

This isn’t Apple’s first move in the developing Russian economy. Before the Russian Apple Online Store opened, Apple users had the ability to purchase iPods, Macs, and iPads through authorized resellers in the country. We also saw Apple’s iTunes Store launched in the country late last year, with prices much lower than that of the store in Europe and North America.