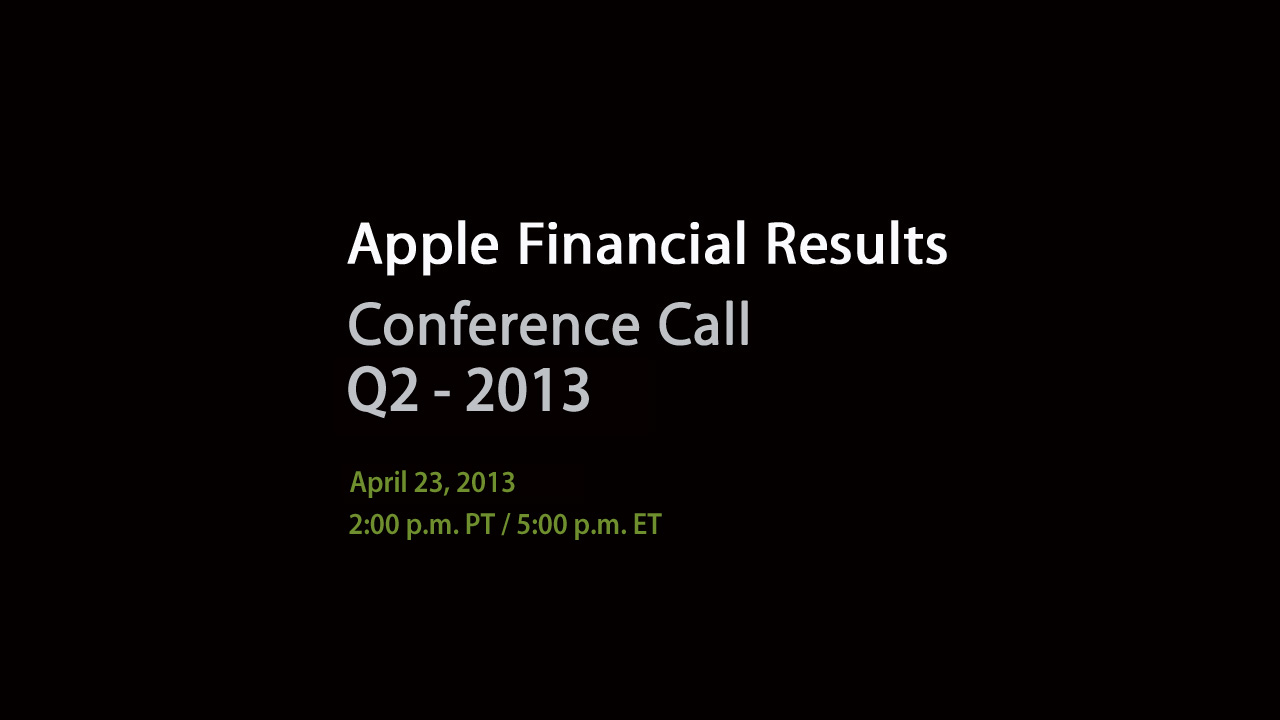 Apple has said it will announce its second quarter financial results at 5 PM EST today, and predictions have already come in for what the company will report. Wall Street and certain analysts have been betting against Apple, with the guess that the Cupertino company will experience its first negative growth income in over a decade. This means that it would be the first time in recent history that Apple’s quarterly results dropped from what they were the year before it.

Yahoo! Finance put together an average of over 40 analyst estimates for Apple’s results, with $42.59 billion being the average predicted revenue. This would still show revenue growth for Apple, as the company took in $39.2 billion in Q2 2012. Analysts say that Apple’s earnings will sit at roughly $10.02 per share and that the company will have sold an estimated 36.5 million iPhones, 18.3 million iPads, 6.25 million iPods, and 4.1 million Macs.

Those numbers sit in line with what Apple themselves predicted for its Q2 results. Apple usually sets the bar low for itself on its predictions, so if history proves true you can expect these numbers to be even higher.

Tune-in here at 5 PM EST if you want to hear Apple talk dollar signs as it happens.