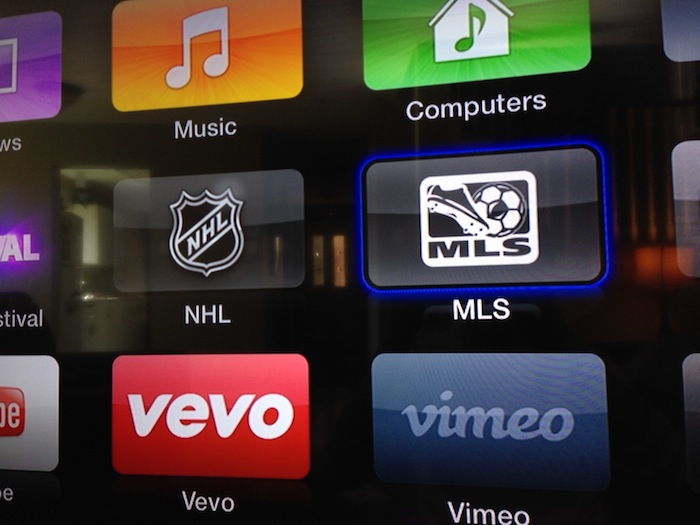 It’s becoming pretty obvious that Apple’s planning on releasing channels (or Apps) for the Apple TV at this point. News is circulating that Disney Junior channels have appeared on the device (can’t verify because, well, Canada…) as well as an MLS channel.

I can verify that the MLS channel includes a ton of content including a variety of shows, recaps, highlights, and other MLS goodness.

You can now follow your team directly on the Apple TV.

In Canada we have MLB, MLS, NHL, Vevo, Qello, Cruncyroll, amongst other stalwarts like Netflix, and WSJ Live. In the US channels like HBO Go and Disney channels, as well as ESPN have already made an appearance.

Sooner or later we’re gonna have to see the NFL… right? Rumor has it that TWC and The CW are also close to reaching a deal with Apple.