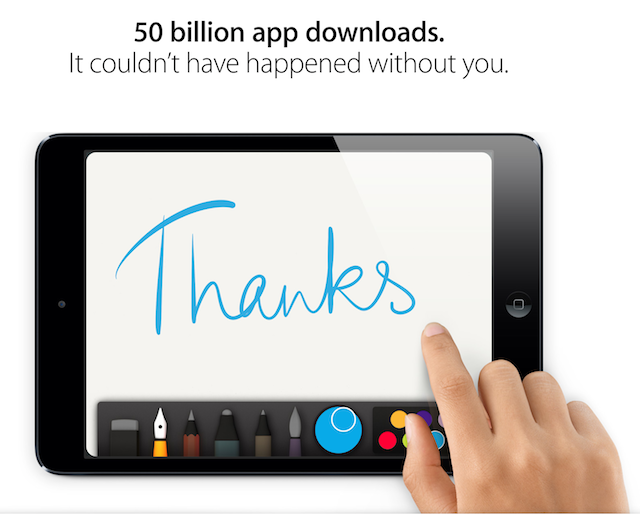 It’s official—the 50 billionth app has been downloaded. Check back soon when we announce the winner of the $10,000 App Store Card. Plus, check out the most popular paid and free apps—each one having played a big role in achieving this historic benchmark.

Apple has yet to announce the winner of the 50 billion application download promotion, but we’ll let you know when the name is announced.