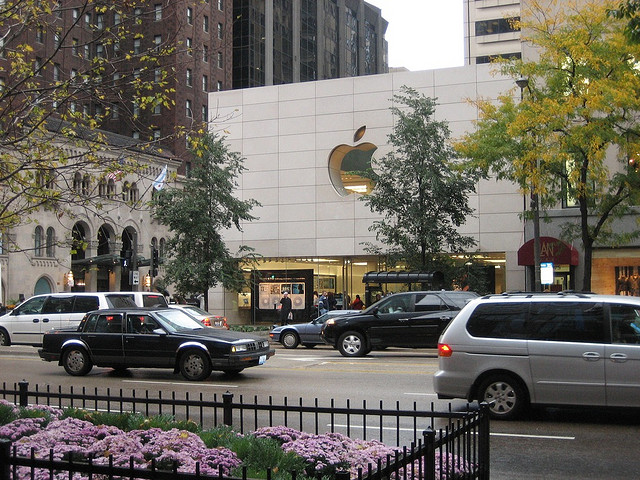 American Apple Store visitors average a new high of $57 spent per customer. According to Asymco’s Horace Dediu, Apple Stores have risen in revenue by 7% during the last quarter, with each store raking in an average of $13 million per quarter. According to Ascymo, Apple Stores brought in an average of 250,000 customers per store during Q1 2013 while each store has roughly 110 employees. Both of these numbers have increased exponentially since the launch of the iPhone in 2007.

Apple currently brings in the most revenue per square foot over any other American retailer. Asymco has reported that the company is doing twice as well as Tiffany and Co., the second best retailer, and three times better than Lululemon Athletica who ranks third on the list. Personally, I’d like to see Apple’s numbers compared to Microsoft and Samsung’s retail stores.