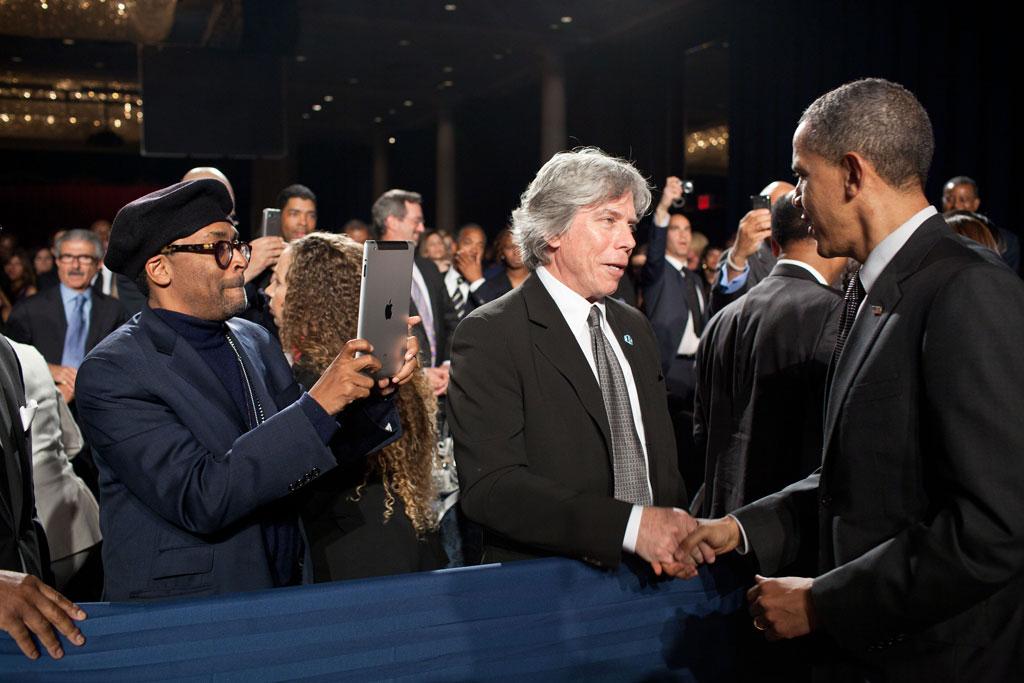 My first reaction was to make fun of her. I was recently at a wedding reception and an old women, around 75-ish, was circulating around the room taking pictures with her iPad Mini. She did look kinda goofy with the giant screen held up to her face, but in that room she was a star, bringing smiles to everyone she approached to take a picture.

It’s easy to forget that technology is not just for geeks, it’s for people. In the tech media war that rages on a daily basis, it is often assumed that the only audience that matters is the one that knows what a root kit is or can successfully install their own hard drive. However, the core market for any technology is people for whom technology is just a means, not an end.

While watching this women wander confidently around the room, iPad in hand, not feeling an ounce of self-consciousness, it occurred to me that something is changing in the way we judge technology. When technology is new, the only people that matter are the early adopters, the ones who are going to judge and shape the upslope of the market. However, we’re approaching a time when the tables turn and technology hipsters no longer get to drive the agenda. As we approach the meat of the bell curve of post-PC adoption, the driving force is increasingly the people who perviously had turned to us for help installing drivers, cleaning viruses, and getting their damn printer to work. Unlike in previous generations, when the older crowd tuned out and left the active economy at an earlier age, the generation that is currently matriculating to their golden years has more money, more power and more healthy years left in them than ever before.

The idea of accessibility first dawned on me when I was installing iOS 7. The thin fonts, the heavy motion, the text-based navigation, all looked great to my technologically savvy eyes. However when I installed it on my wife’s phone, she was immediately concerned. My wife is far-sighted, so the delicate Helvetica Neue font was difficult to read. Luckily I knew about the ability to change the setting to make the bold font weight the default treatment for the system font, and the result is that she is able to manage her iPhone with no issues now. While I was changing that setting I also toned down the motion graphics, and reduced the parallax effect on her phone as to make it easier to adjust to the new OS. While it is great that these settings are all available, the next wave of technology consumers don’t want to have to hunt through a labyrinth of settings to figure out how to get a device they can actually use.

One thing Apple does better than any other device manufacturer is the welcome and device set up process. Unbox any shiny new iPhone or iPad and you are led through a thorough, yet uncomplicated, series of steps to get your device working just as you like it. I’d like to see Apple include accessibility in this process. I bet a large percent of non-“techie” users don’t even know about the bold text setting or the ability to resize the system font. From my informal polling (my extended family and friends) iOS devices are already the #1 choice of older users, imagine how much more attractive the phone could be if Apple made accessibility as essential to the user experience as iCloud during the initial device setup. Of course this is all heresy to the tech crowd. We love cool UI, motion and gestures, it’s the fulfillment of the promise made to us by Star Trek, which is why I like Apple’s approach with iOS 7 – make it cool, but let me turn it off if I want to in the future.

Getting back to the old lady and the iPad, the thing that occurred to me was that, for her, this was the perfect camera. It was big so she could comfortably hold it in her hands, the screen was large allowing her to easily compose the photo, and then she could immediately preview and show off the picture to her friends and family. I’ve probably used my iPad as a camera a handful of times, generally when my kids are doing something cute and it’s the closest camera, but for a grandmother, an iPad is the ultimate all-in-one device. It provides her with a level of accessibility, both physically and technologically, that wasn’t possible in the pre-tablet era.

The good news is that designing for the outliers — such is required when considering accessibility — can bring about some of the best overall solutions because you are forced to simplify processes. Of course we don’t want to have too many settings to mess with, ideally the experience should be as seamless from one user to the next as possible. However, by embracing the idea that one size does not fit all, we can open up a whole world of possibilities. For the old lady at the party, shooting photos with her iPad was clearly bringing her joy and at the end of the day that’s what technology should be – a tool to help us enjoy our lives. This is a big opportunity for Apple: design an experience that gets out of the way and one that helps us create, share and build without boundaries.