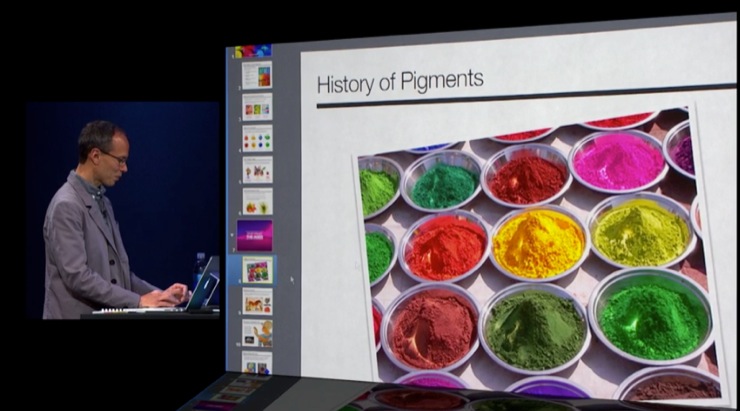 Apple has announced iWork for iCloud at the WWDC 2013 keynote. iWork for iCloud brings Pages, Numbers, and Keynote to the iCloud web-interface. Now, users can create text documents, spreadsheets, and slideshows directly in the iCloud web interface. From what Apple showed during during the keynote, all three of the applications have been brought to the web in their entirety complete with animations and detailed interface.