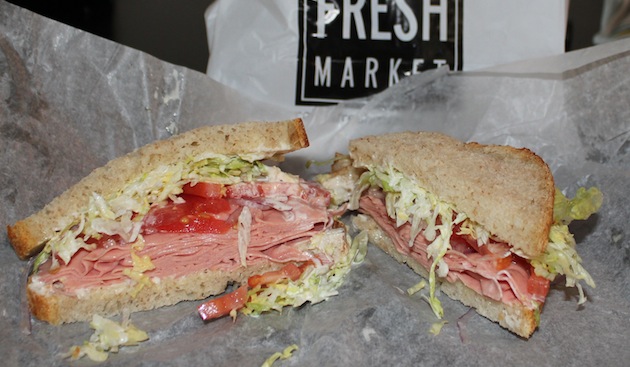 Taking pundits apart over woeful coverage of Apple is such a well-trodden path in the world of Mac writers that I’m loathe to take part. John Gruber does it well enough for all of us, and what Gruber doesn’t dispatch with a well-placed piece of sarcasm the semi-mythical Macalope takes care of.

But occasionally, something comes along that is such a horror that it deserves to be skewered from a hundred directions. Such a piece of work is “Why Apple is ailing”, written (possibly originally in crayon) by “economist and professor at the Smith School of Business, University of Maryland” Peter Morici.

Morici begins with the obvious: the continuing (and reason-defying) tumble of Apple’s share price since the highs of last year. And that’s about the only thing in his article that’s based in the world of facts. After that, he veers off into a whole new world of weird. Morici isn’t about to use his undoubted experience as an economist to point out that Apple’s price to earning ratio is remarkably low, or that the market appears to be operating on sentiment rather than reason. Oh no. Instead, Morici blames a liturgy of cliches, piling them on so thick and fast that the entire post resembles a sandwich made by a five year old from all his favourite ingredients. There’s baloney, peanut butter, jelly, noodles AND green beans. It makes no sense, but that’s not going to stop Morici from adding more stuff into the mix.

By the second paragraph, Morici is diving in with a point about how Apple is struggling “without the genius of Steve Jobs for neat, wholly-new products”. By paragraph four he’s talking about how “Apple customers eventually evolved into an elite cult”. He adds his own unique spin by claiming Apple “offshored and outsourced too much manufacturing, separating in critical ways product design and manufacturing” (ignoring the fact that the entire tech industry does the same thing), and that “Apple produces a high priced, high cost to make product—Samsung does not”, ignoring Apple’s margins and expertise in managing suppliers and the supply chain.

And on and on it goes. Apparently “the late Steve Jobs was able to circumvent this kind of competitive disadvantage by coming up with wholly new products” (as if he designed them personally, no doubt on a napkin in a vegan pizza parlour). Morici, though, has an answer that doesn’t rely on using a Ouija board to get Jobs to communicate product plans from beyond the grave: Apple must “bring home manufacturing and acknowledge the requirement of competing for the masses”. I’m not sure which masses Morici means – obviously not the masses who are buying iPhones in the US. Yes, in various parts of the world Android sells way more, but when it comes to actually making phones that make a lot of profit, Apple remains the company to beat.

The scary bit is that on Wall Street, someone somewhere will read this nonsense and take it seriously. They will ignore the fact that Apple’s last quarter – which “disappointed” many financial analysts – was the fourth biggest quarterly profit of any company in history. They’ll forget that last year Apple made more total profit than any technology company in history – in fact, greater than any company not called “ExxonMobil”.

Morici, after all, is actually former chief economist at the International Trade Commission, which you’d expect would qualify him to understand a little bit about business. That he’s also had a sideline advertising copiers from Kyocera won’t have damaged his credibility – but genuinely atrocious, ill-thought and half-baked articles like this one certainly will do.