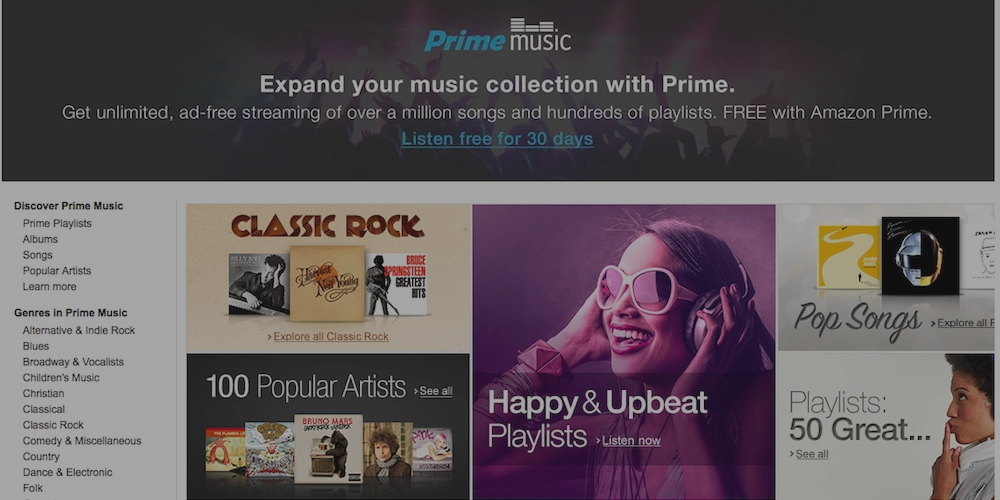 Prime Music has over one million songs in its library, and it features several hundred “expert-programmed” playlists, according to Amazon. The service is not only ad-free, but restriction-free: Amazon says you can listen to any song in the library, and you can play it as many times as you want. You can also download music to your phone or tablet if you like.

As its name suggests, Prime Music is available only to Amazon Prime subscribers, so it isn’t a direct competitor to Spotify, which has a free, ad-supported membership tier. Although Amazon Prime costs $99 per year, Amazon offers a 30-day free trial for Prime so you can take the service for a spin before you commit to it.  Get started by visiting the Prime Music site.