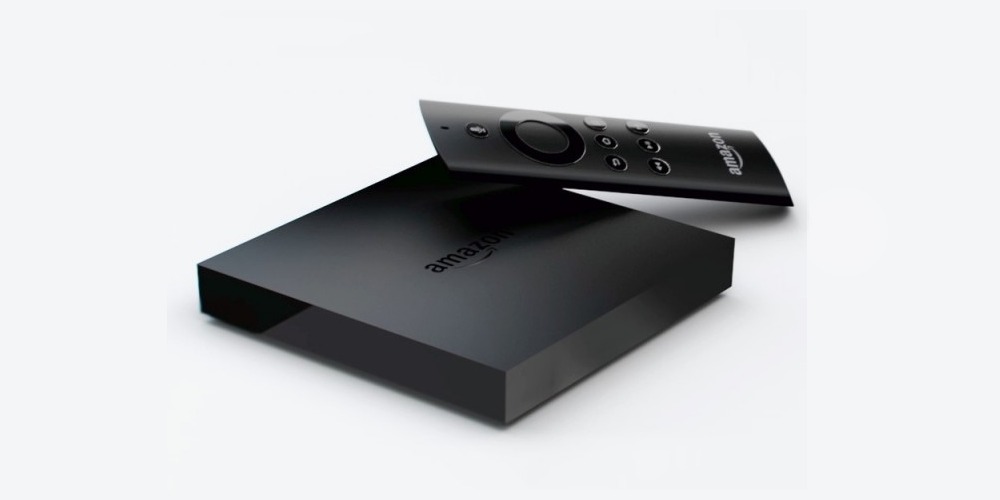 Amazon announced their rumored Apple TV competitor today, FireTV. Like the Apple TV, the Fire TV is a nondescript black box that connects to your TV and delivers streaming content. Its biggest feature is the voice search, which uses the remote as a microphone. You can add a $39.99 controller that expands the device to become a game console.

You’re probably already ordering, but if you’re in the Amazon ecosystem, this is a must have. FireTV features tight integration with the Kindle Fire tablets. They have included an Airplay-like screen mirroring on the FireTV, but they’ve also built in some features for second screen viewing. They’ve expanded X-ray from books to music, movies, and shows. Whispersync will also allow you to watch shows on your tablet and pick up in the same spot on the Fire TV.

If you’re worried about spending a hundred dollars for an Amazon Video streaming box, the company promises that the device will be open. The have said services from Netflix, Hulu, and a host of other video providers and cable networks. They promised music services as well, Pandora Vimeo and iHeart Radio were all mentioned. On the gaming side, Amazon showed off a game developed in house, as well as games from 2K, Sega, and EA. The box will also let you look at your photos, those you’ve synced to your Amazon Cloud Drive or taken on your Kindle Fire.

The box promises to have the specs to back up its features. The company has said FireTV is going to have a quad-core processor, as well as 2 GB of RAM. That puts the FireTV ahead of its competitors, including the Ouya on the gaming side. The box itself comes with a remote that has the microphone for voice searching. The game controller is sold separately, and looks most like the old OnLive controllers.

It appears that just as it had in Tablets, Amazon is jumping head first into the set-top box market. It also seems to deliver a casual gaming console that outclasses the Ouya, which expands the appeal. I’m not too sure about shouting at the TV being the interface of choice.