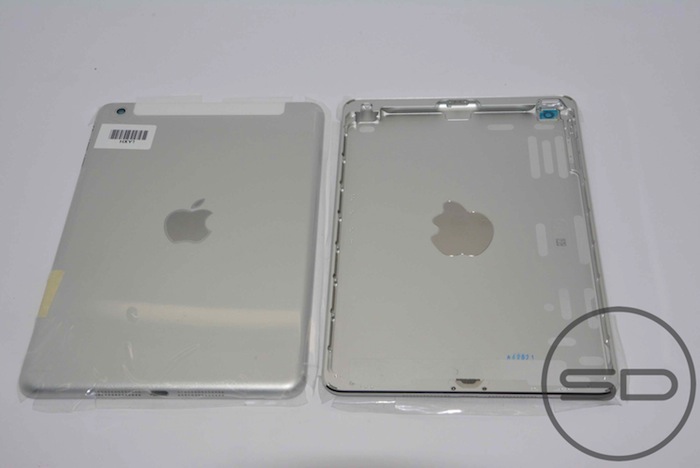 The Internet has been taken by storm the last couple weeks. Every tech blog on the planet has been providing high resolutions photos of the impending iPhone 5S, iPhone 5C, and iPad mini 2 (even more random shit was “leaked” today). Apple’s set to take the stage tomorrow to release these alleged products, and we think it’s time to spill the beans on where all these images are coming from and who these “sources” are that we keep hearing about. Heads up, it’s not Apple, nor is it someone in an Apple factory somewhere.

Have you ever heard of Alibaba, or Taobao? No? It seems that Mr. Sonny Dickson, the man behind all of these leaks has, at least in some capacity. Over the last couple of weeks Sonny Dickson has published first looks for a number of iPhone and iPad parts that he claims is for unreleased products from Apple. Sadly such “respectable sites” as Reuters, CNN’s Fortune, and even some local news sites have all run a story on the leaks that Dickson has been uncovering without really questioning the veracity of the claims. Today it was Om Malik’s Giga Om. These “leak” stories are pretty much everywhere these days.

According to Reuters, Dickson “has five to 10 sources in China who buy Apple prototype parts directly from factory-line workers, which are then sold from $250 to $500.”

How does Alibaba come into all this? Enter DBW, a parts manufacturer who makes its wares available on the popular Chinese marketplace.

From the looks of it, most of Dickson’s part leaks have originated from the DBW’s offerings on its Alibaba page. Thing is, Dickson couldn’t even be bothered to remove evidence from his blog posts that he blatantly got the images and parts from a seller on Alibaba. The bar code on the iPad mini 2 case is the exact same one that appears on the DBW Electronics Co.’s Alibaba page. The. Exact. Same. One. Heck, some of the photos are the exact same if you dig around long enough, with the only exception being that the official DBW Electronics Co.’s images had watermarks on Alibaba. Maybe DBW got the parts from the factory workers that Dickson cites, then DBW built prototypes and is then selling them, but either way, something doesn’t add up here.

Want to play the connected journalist? The iPad mini 2 casing shell thats been going around will set you back a couple of dollars including shipping (http://mcgsm.co/13l63BH). What about some sexy iPhone 5C backplates that you’ve managed to see around the Internet? You’ll have to buy 5, but you can get them for pretty cheap (http://mcgsm.co/1aaJRvX). Let’s not forget about the iPhone 5S backplate, which you’ll also have to buy in 5 package bundles. This one will set you back an additional $27.77 if you’re hoping to ship with FedEx ( http://mcgsm.co/13l7bVZ).

You wondering why these case leaks are everywhere these days? Thank Alibaba. Thank pageviews.

At first I was annoyed that someone was taking advantage of everyone who reads tech news because he saw an opportunity to profit from leaking fake — or if we’re being generous, 3rd-party OEM products– to people who don’t know any better, then presenting it as news and leaks direct from Apple (see above quote). Then I realized Dickson’s not even hiding that fact.

From an interview at BGR India:

“We could be the next Kogan,” he says, noticeably excited. His plan is to bring OEM products directly from China under his own brand. “I cannot talk about it much, but it is going to be big,” he tells me.

Honestly, what bugs me the most is a lack of due diligence done by some journalists who have reported on this human interest story. Their inability to do a Google search to look for OEM manufactures disappoints me a whole lot more. What disappoints me the most is that very few journalists actually mentioned in original articles that these could be even OEM parts, or outright fake. They could be real, but they could also be really fake. That’s important to note. OEM’s weren’t even mentioned in the Reuters or Fortune article. I have to ask, why not? Did no one stop and think to verify these claims?