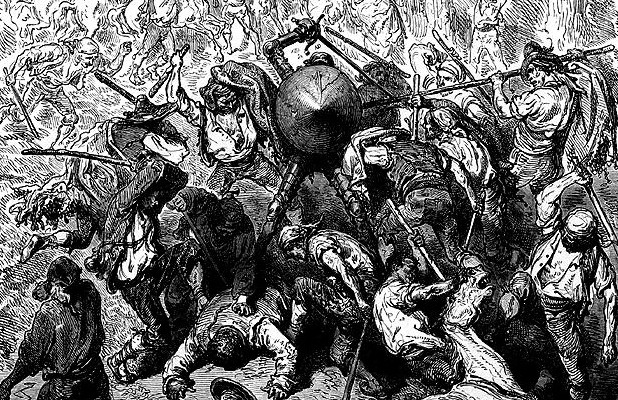 Technology is a funny thing. Despite the traditional geek following, the world of tech has developed a tribal nature much like the testosterone-fuelled domain of team sports.

Ironically, many of the customs and idiosyncrasies of team sports seem to have seeped into the tech world as well.

These tribes, and the fanbois that populate them, have been evolving since the early days of Mac vs. IBM and Nintendo vs. Sega, but it seems that some tribes are more partisan than others.

You would think the geeks and nerds scarred from locker room towel snappings and flashbacks of having to climb the rope in gym class would have more acceptance for difference, for nuance in their tribal affiliations. You’d be wrong.

It is a well-accepted belief that Apple fanboys are the worst, most zealot-like of all the tribes. In some ways this is true, there are core elements of the Apple ethos that must not be questioned, like the origins of the GUI, but in many ways I find Apple fans are actually more open-minded that many of their tribal adversaries.

Take Google for example. I like Google. Yes you read that right, I, an Apple fanboy, like Google. I use many of their services and find their seamless integration of data across any device to be a godsend. I use Apple web services like iCloud, but when it comes to data I need to have anywhere, on any device, I opt for Google’s offerings.

You’ll find this sentiment across much of the Apple tribe, we prefer Apple hardware and software, but many of us religiously use Google services. It comes down to core competencies. Google, a company born on the web, is good at services. Apple, a company born in an engineering lab, is good at integrated hardware/software solutions. Some are suggesting that the only way for Apple to “win” (some even comically say “survive”) is to beat Google at services. However, when I open up my iPhone I don’t pine for an @imail.com email address. I don’t really care where my search comes from so long as it works well. The idea that everything on my iPhone needs to come from Apple is absurd, but it fits well with the “Apple is closed” myth perpetuated by the Google tribe. Does a TV manufacturer need to own and produce all the shows you watch? Does your car company need to own its own gas stations?

The great “open” myth seems to stem from a hacker ethos that suggests that if I can’t open up my toaster and hack the brownness settings the device is a closed shop set up my “the man” to keep me down.

Open is only Google’s mantra because it directly supports their revenue strategy their services and ads on as many platforms as possible. Whereas Apple’s more integrated approach supports their revenue goals to sell more devices by producing the best combination of hardware and software. These aren’t altruistic goals, they’re business strategies. Fanboys who try to apply virtue to them, like House Stark vs. House Lannister, are romanticizing companies as noble idealists. As Google’s transition towards integrated hardware shows, these principles are flexible based on changes in the marketplace. Is Google’s search algorithm open?

From a consumer persecutive, open is simply what I can do with my device. In this regard Apple devices are the most open of any on the market. On an iPad I can use iBooks, Kindle, Kobo or Nook, giving me the most choice in eBooks of any mobile platform. On my iPhone I can use iTunes, Rdio, Spotify or Pandora, again a plethora of choice.

Can I sideload torrented books directly onto my device? Not directly, but with some pretty simple conversions I can read, watch and listen to pretty much any file I want.

Last week when iOS 7 was unveiled, there was an avalanche of opinion spewed about icons and frosted glass. I was watching my social feeds closely and I was amazed at the amount of pure vitriol came from my Android-loving friends. It’s a hatred with them. Unlike Apple fans who can love their iDevices while using Google services, there is a real, visceral dislike of Apple that causes not only a lot of knee-jerk judgement from Google fans, but a lot of narrow thinking.

Open advocates think that the average person cares that they can’t hack their bootloader, when really all they care about is what apps, services and functions their device enables them to use. In this way, Apple is the most open and it shows in its tribe’s willingness to use services other than those produced by Apple.

With more money and equity than most sovereign nations, Apple could buy Rdio, Twitter, Dropbox and Nintendo and still have money to spare. So why don’t they? Because their customers already have access to these services. Sure there might be some minor advantages to owning them wholly, but is that really worth a minor bump in integration, that can be accomplished through partnerships and APIs, when the benefits of those services, and hundreds of others, are already available to your customers? Think Vimeo and Flickr, Twitter and Facebook integration within iOS.

So while the linkbait media are busy using words like “zealot”, “religion” and “cult” to describe Apple fans, we’re busy enjoying our pick of all, yes all, of the best services the world has to offer.

And while Google fans fume about stolen notification centers and the inability to apply a Jessica Alba theme to the iOS UI, Apple fans happily enjoy the dozens of free services that Google provides.

Apple fans are loyal, but we’re not blindly partisan to better solutions when they exist. As last week’s iOS 7 beta preview illustrated (yes beta preview Dribbble fans), we can be harshly critical of our own platform and will call out issues when we see them. If Apple is our god, we blaspheme a lot, and we covet frequently.

Our tribe is strong and proud, but we’re not ignorant. I still imagine what things would be like if Eric Schmidt had resisted jumping into mobile operating systems and instead pursued more integration with iOS. We’ll never know. What I do know is that I don’t need Apple to become Google to enjoy my iOS device and I’m willing to give any Google service a try if I think it can improve my mobile experience.