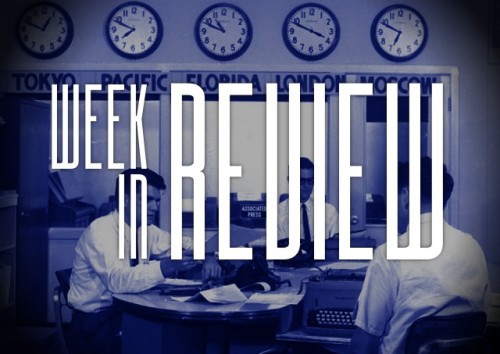 It’s odd that the biggest story this week had less to do with Macworld, and more to do with a prominent iOS developer cribbing John Gruber’s “math post” to predict that there will be an iPhone math or whatever the Galaxy-esque iPhone might be called. We didn’t really see that one coming. Anyway, the week turned out to be an eventful one. Our resident skeptic-in-chief, Harry C. Marks, did a pretty great job explaining that an iPhone math is not only a silly idea, but it’s also fundamentally not Apple.

The patent case between Apple and Samsung is also still quietly raging, and Judge Koh ruled this week that Samsung did not willfully violate Apple’s patents, which is kind of hard to believe. Check out Kaylie’s analysis for the details.

The Apple TV got an upgrade that allowed you to connect your extra bluetooth keyboard, and Josh gave us a tutorial on how to do this.

Apple also had a very quiet product launch this week, when they announced the 128 GB iPad via press release.

Check out these stories and more you may have missed: