RAIDs are used to increase computer performance and reliability. While not used as much in a personal setting, they can create extremely fast server setups and allow businesses to function without missing a beat if a hard drive happens to fail. In places where data must be accessible at all times, RAIDs are great for redundancy but also they allow for fast read and write speeds.

However, everything is susceptible to hardware failure and while it most likely won’t happen, there is always a possibility as hardware can fail. In this article, we’re going to take a look at how to recover data from RAID hard drives on Mac.

What Is RAID on Mac?

In the simplest terms, a Redundant Array of Inexpensive Disks or RAID, is a collection of physical hard drives that have been linked together. Your computer then sees these hard drives as one drive, instead of each individually. What Are the Different Types of Raids?

Known as a stripe set or striped volume. This is great for users who are seeking high capacities and faster performance. Usually, RAID 0 is not recommended for those seeking data security due to its lack of redundancy. Repairing RAID 0 can be done at the individual drive level. 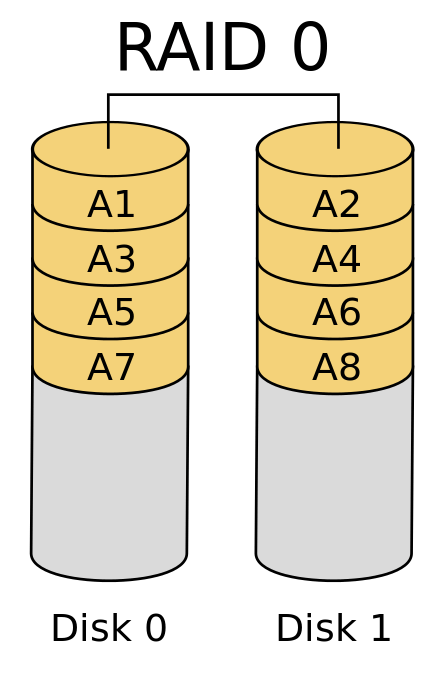 Known as mirroring, this RAID achieves redundancy and data security by continuously replicating or cloning data across two hard drives. This creates a complete backup down to the last bit of data. This is a handy setup to have if you can’t have your computer go down for any reason. If one hard drive fails, most of the time you can take it out and replace it with a new one. This sets up the RAID again without losing data in most cases. One of the most popular RAID types. It’s much more effective in achieving optimal capacity and redundancy. RAID 5 encompasses block-level striping with distributed parity. It has a checksum implemented into it called parity. It requires 4 hard drives and if one fails, it can read the data from the other 3 that are still operational. Recovering data from RAID 5 normally isn’t necessary as you can replace the failed hard drive and continue operation. 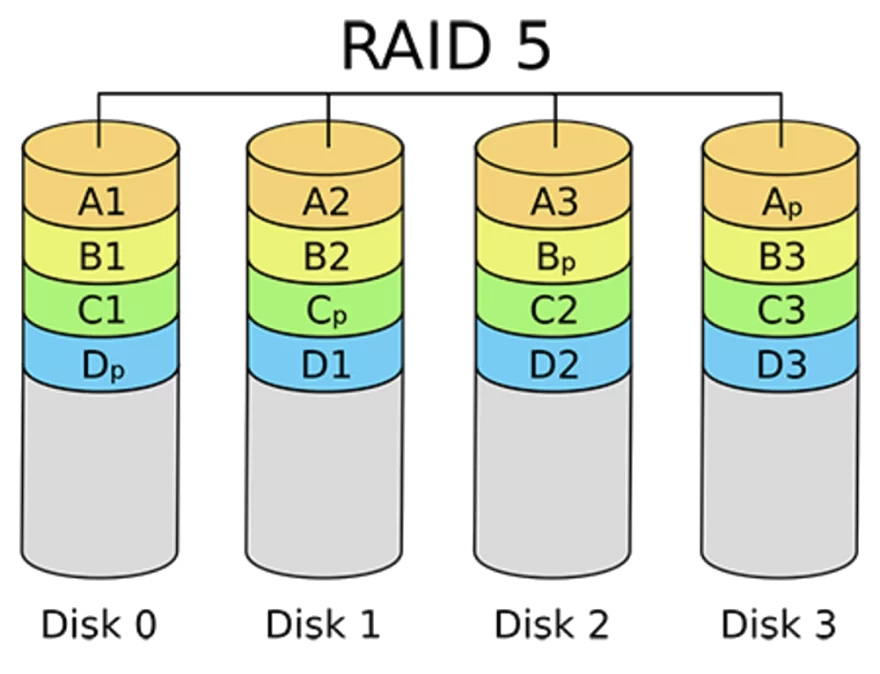 This type of RAID array combines the pros of both RAID 1 and RAID 0. It combines increased capacity and fault tolerance into a single solution. You achieve double the performance and capacity. It’s great when performance and space are concerns while maintaining a budget. Recovering your data from this RAID is normally pretty successful as long as multiple hard drives haven’t failed. 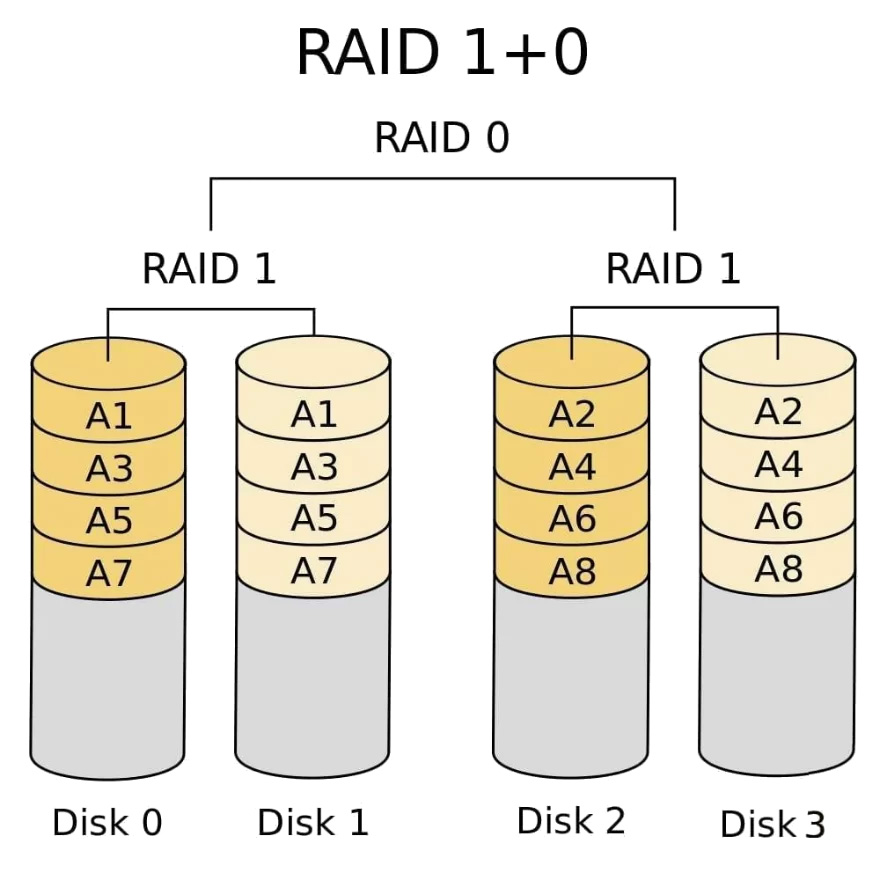 Now that we understand the RAID types, let’s take a look at what the difference is between a software and hardware RAID.

When talking about either a software or hardware RAID, it comes down to how the storage drives in a RAID array are connected to the motherboard that is in your Mac. This could be something such as a server or another computer.

Hardware Raids are a form of RAID that is created either by the motherboard or a separate card. NAS or Network-attached storage is a primary example of an external hardware RAID set. A NAS is a file-level computer data storage server that is connected to a computer network which allows multiple people to access a shared amount of data.

A software RAID is set up by the operating system on your computer. Implementing a software RAID is usually cheaper as it doesn’t require quite the high cost of purchasing hardware since it’s more software-based. These are performed most of the time on an internal server.

Both have their advantages and disadvantages so there isn’t an overall winner here. It just depends on what you’re trying to do.

To read more, I would take a look at an article on dataplugs that talks more about the differences.

If you have lost data from within your RAID, where do you start at getting the data back?

Below I am going to list 5 Mac RAID software options that I would recommend that you take a look at and then we will look deeper into a couple of the options from this list.

ReclaiMe is a free tool that allows you to perform RAID file recovery. This option offers features such as the ability to recover data from hard drives, USB drives, RAID Arrays, and almost any other storage device that you can plug into your computer.

While it can work with Mac computers, it mostly is used for Windows computers. It is best for use with a Mac that is from the year 2015 and earlier. That would ensure that you have the most successful RAID recovery on Mac. There is a video that will walk you through RAID recovery and is actually very helpful.

With a large variety of data formats being supported and a powerful feature set, R-Studio is a solid choice and is one that we will look more into below due to it being my second favorite recovery option.

UFS Explorer supports Windows, Mac, and Linux. While it is a pricier option than some of the others, you do get a very nice RAID-based data recovery option here. With features such as auto-detection of RAID parameters, the definition of various RAID configurations, and support for RAID layouts this is an option worth taking a look at.

I really like TestDisk. It’s a great and free data recovery option. Do keep in mind that it is textual though, which can make it harder to use for some. If you’re using a RAID setup though, chances are that you’re probably tech-savvy. One of the best things about it is that it is free! 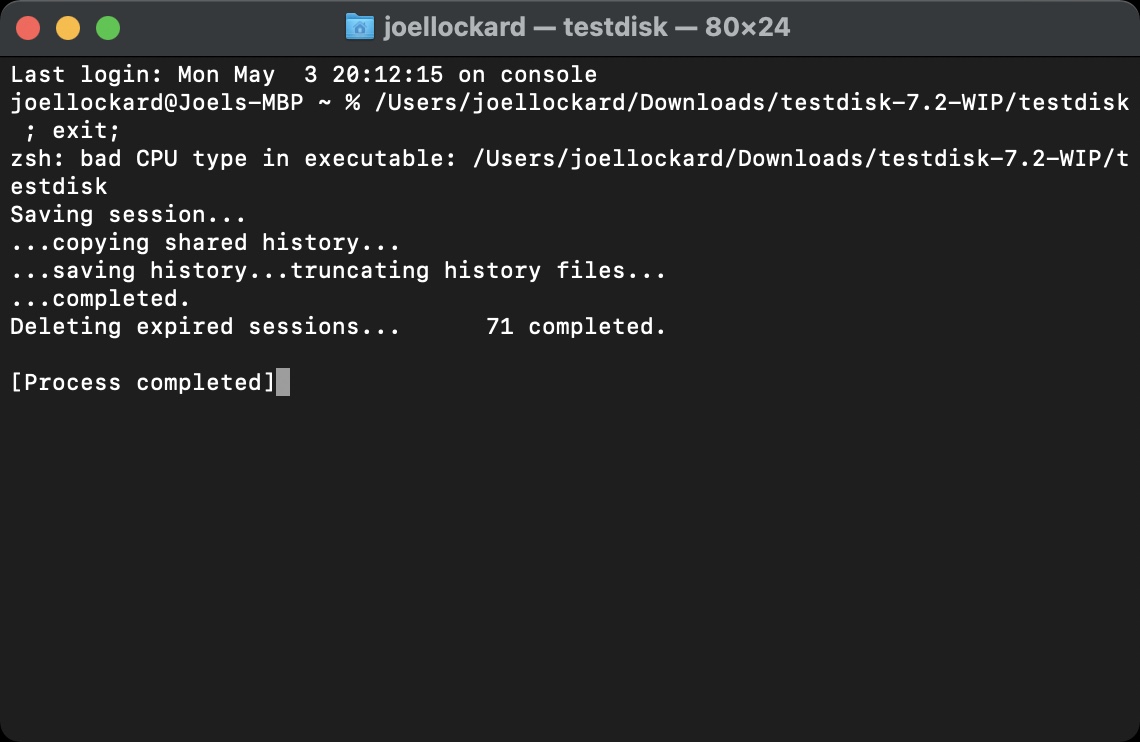 Disk Drill allows you to recover data from a RAID which is something that most would think needs to be done by a lab worker! That is not the case here though. You can recover data from a RAID hard drive on Mac. I like Disk Drill as it offers a graphical user interface that is appealing and easy to use, not to mention powerful. We will take a deeper look into this one as well as it is one of my favorites.

I wanted to take a further look into R-Studio as it’s a viable and powerful option for RAID data recovery. The app is pretty easy to use and doesn’t take long before you’re able to start recovering data.

Step 3. Launch the software and then select either Scan or Partition Search to scan your RAID drive for Mac. 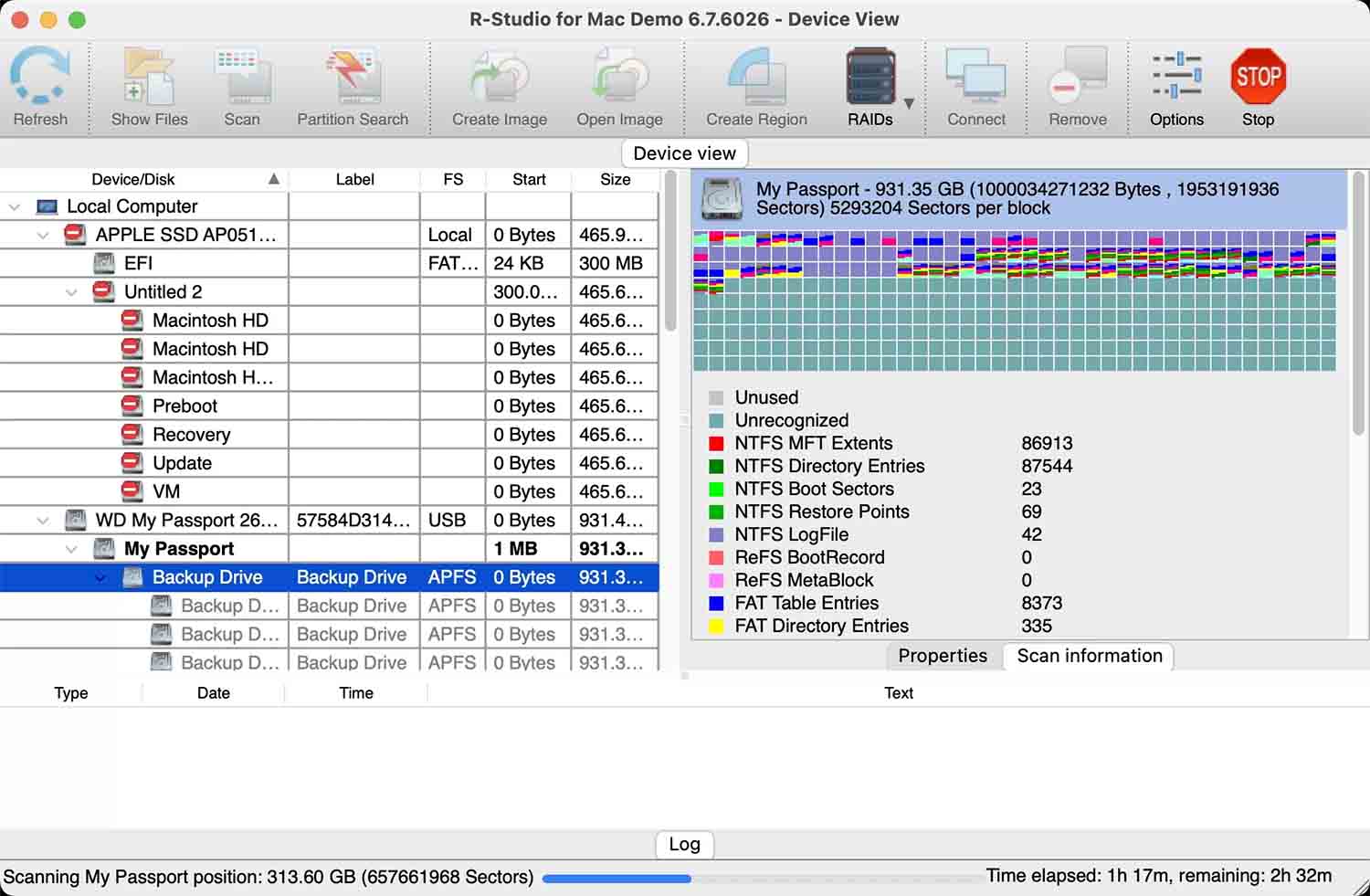 Step 4. After you have scanned the RAID hard drive for data, you can then choose to show the files that were found on it to recover the data.

Step 5. You also have the option of RAID backup for Mac where you click on the RAIDs option from the toolbar. This would allow you to take your RAID drive on your Mac and create a virtual volume set or virtual mirror which is an extremely helpful and powerful tool.

Now that we have taken a look at R-Studio, let’s take a look at Disk Drill and what it can do.

How to Recover Data From Software Raid Configurations With Disk Drill

Disk Drill can manage and recover information from RAID types that are present in the native macOS Raid Assistant. This includes RAID 0, 1, and Concatenated (JBOD) sets. When it comes to RAID software for Mac, this is one of my favorites to use.

There are a couple of cases when you would want to recover data from your RAID array.

Rather intentional or by accident, you may want to get this data back and you can with data recovery software. RAID drives for Mac can be plugged right into your computer and scanned.

Step 1. Download and install Disk Drill onto your Mac.

Step 2. Launch Disk Drill and select the RAID storage device that you would like to recover data from. 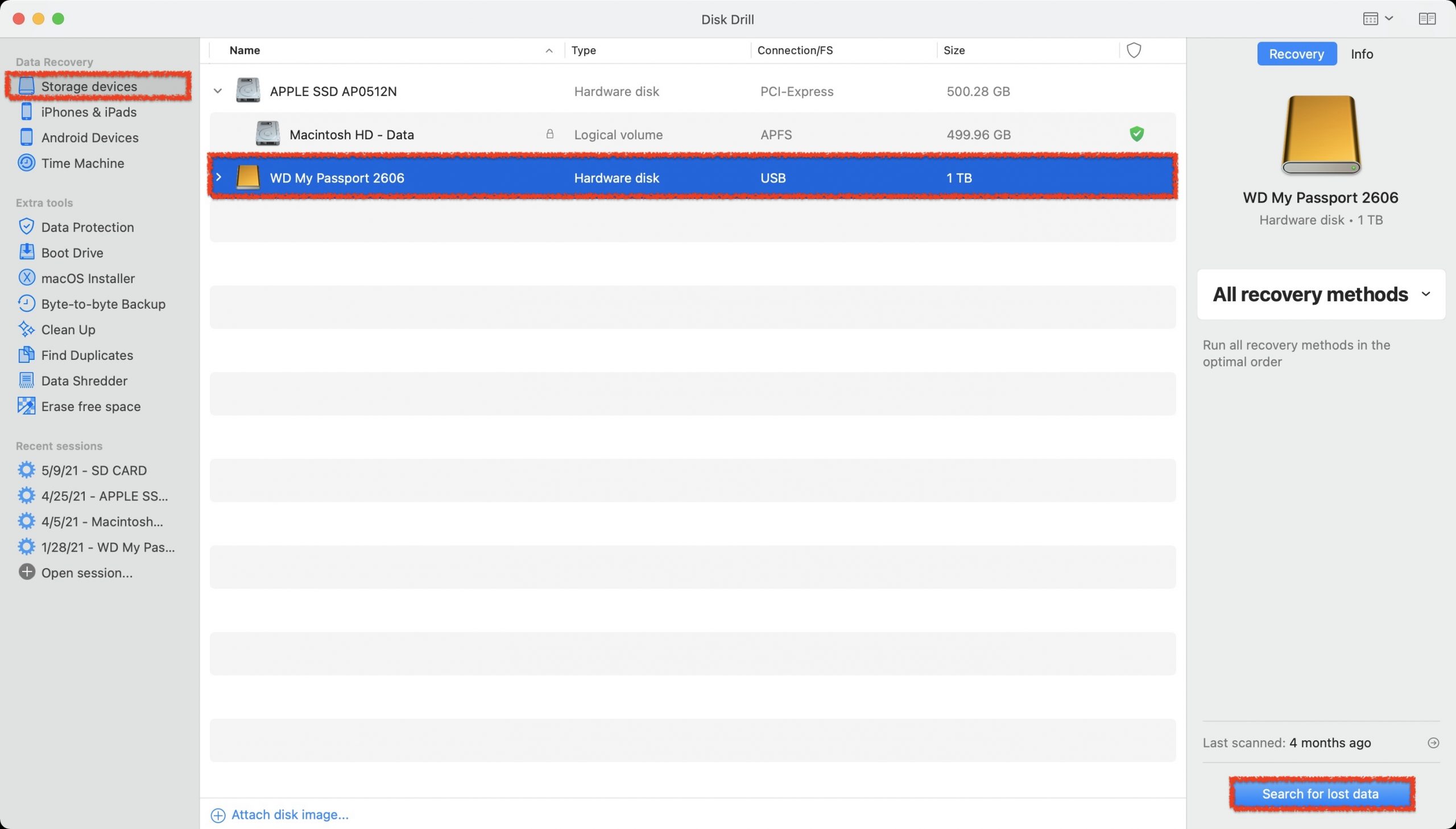 Step 3. Wait for the scan to complete. 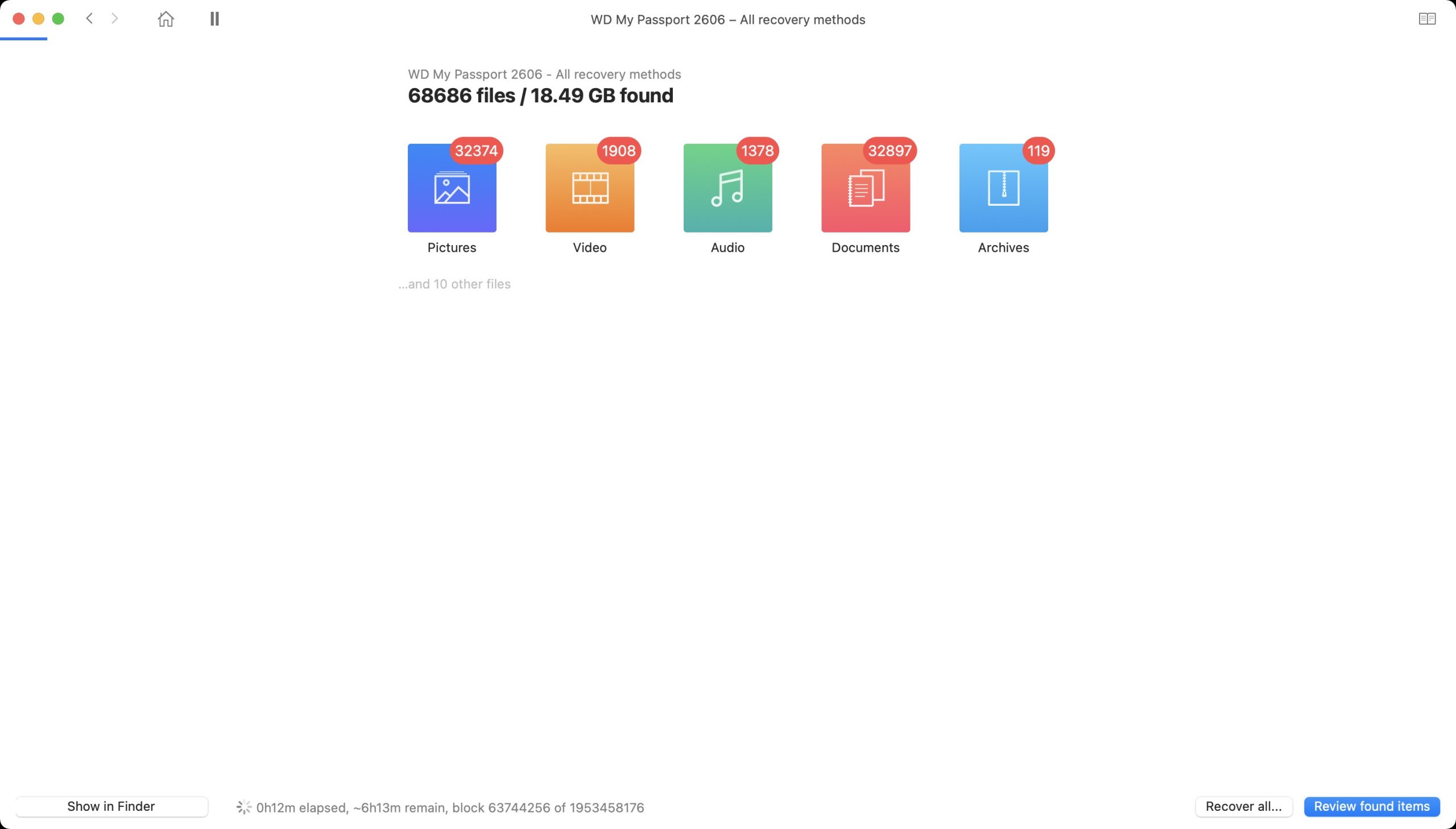 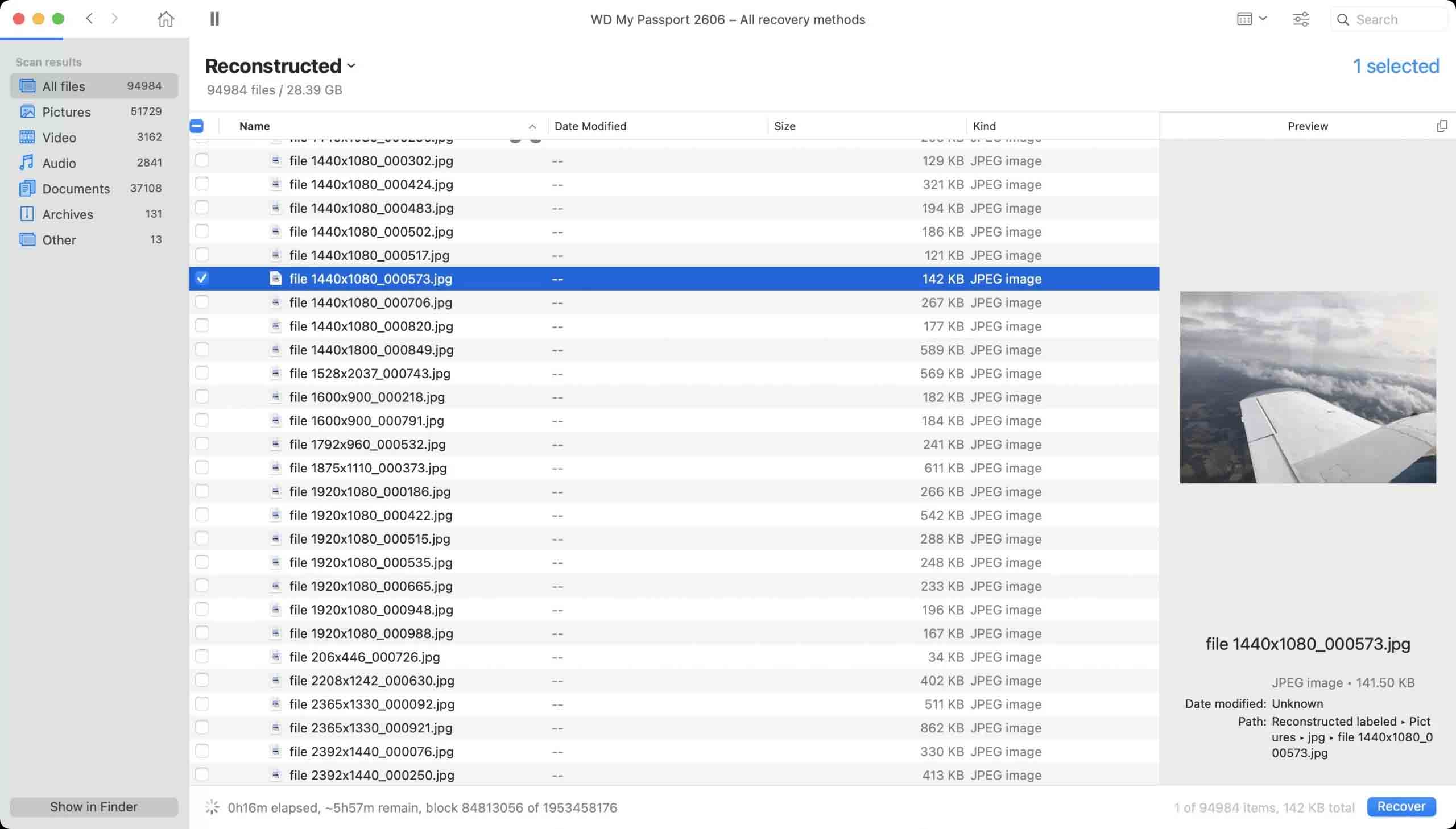 In my opinion, Disk Drill is just much easier to use and the interface is friendly and approachable which is why it’s one of my favorite options when it comes to data recovery.

Here is a free method that might help you recover data from RAID hard drives on Mac.

Step 1. Shut down and power off your RAID unit and remove the hard drives.

Step 2. Insert the hard drives there. Use SATA, SCSI, or SAS ports.

Step 4. You can then download and use TestDisk to try and recover the data from your RAID hard drives.

RAID recovery isn’t difficult as some may think. You’re essentially recovery data from a hard drive and saving it should the RAID that you have implemented start to not work correctly.

Even if you don’t have a RAID setup, the recovery methods in this article will help you with just normal data recovery as well if you ever experience data loss.

How to Recover Deleted Apps on an iPhone and iPad: All Methods 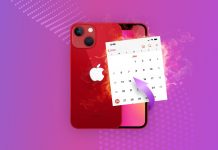 How to Restore Accidentally Deleted Calendars on an iPhone 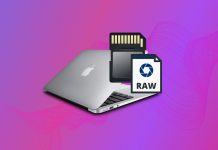 How to Recover Raw Files from an SD Card on Mac 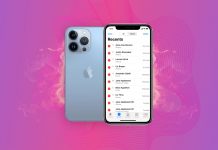 How to Recover Deleted Call History on an iPhone: 3 Methods 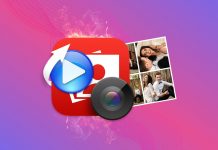 How to Recover Deleted Photo Booth Videos and Photos: a Detailed Guide